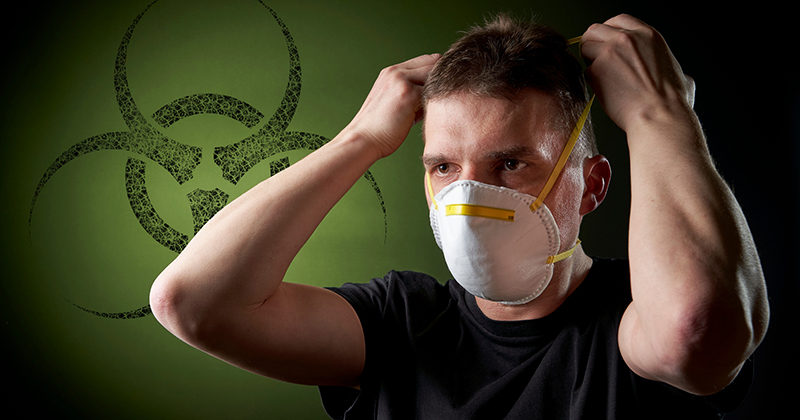 What is our country going to look like if COVID-19 keeps spreading this rapidly?

The map that Johns Hopkins University is using to track the spread of this virus has become extremely popular, and I refer to it several times a day.

On Monday, I watched as the number of confirmed cases in the United States crossed the 500 mark, and then on Tuesday I was really shocked to see it jump up to 1,025.

In less than 48 hours, the number of confirmed cases more than doubled.

Needless to say, we are going to be in a whole lot of trouble if this keeps happening.

Of course the U.S. is far from alone.

This outbreak has gotten completely out of control all over the western world, and right now Europe is being hit harder than anyone else.

Leo Zagami joins Owen to give perspective from Italy, shine light on why there are so many cases, and Defender – Europe 20

After analyzing the growth rates that we are currently seeing all over Europe, computer scientist Mark Handley declared that “everyone else will be Italy in 9-14 days time”…

On Monday night, computer scientist Mark Handley, Professor of Networked Systems and part-time Roboticist at UCL in London, tweeted a graph showing how growth figures in other infected countries compare to Italy’s.

‘Everyone else will be Italy in 9-14 days time,’ Handley tweeted along with the data.

At this moment, the entire nation of Italy has been locked down.  If Handley is correct, we should expect to see this happen in a bunch of other countries before two more weeks are gone.

Of course Handley is not the only one making these sorts of projections.  Dr. John Crane of the University of Buffalo says that the U.S. is “on the exact same trajectory” as Italy…

He told DailyMail.com in an interview that the world had never seen anything like the outbreak and that the US seemed to be watching how Italy responded before making any drastic decisions of its own.

‘It looks like they’re on the exact same trajectory. Italy had an 11.5 day head start,’ he said, referring to the data.

We definitely do not want what is happening in Italy to happen here.

There are now more than 10,000 confirmed cases in Italy, the death toll is up to 631, and their healthcare system is being absolutely overwhelmed…

Italian hospitals are so ‘overwhelmed’ by coronavirus that strokes are going untreated and elderly patients are not even being assessed, a doctor at the centre of the crisis has said – while another medic said people in the UK and US should be panicking more.

Doctors in Italy have been forced into life-or-death decisions over who should receive intensive care, with virus cases piling up around the country.

The same thing could soon start happening in the United States.

When there are too many people to treat, not everyone will be treated.

This is yet another reason why you want to stay away from public places so that you do not get this virus.

Here in the U.S., Dr. Anthony Fauci is urging an “all hands on deck” approach to fighting this virus…

Top national disease expert Anthony Fauci is urging the nation to take an ‘all hands on deck’ approach to the coronavirus – and urging officials to plan for immediate measures even in states that haven’t had cases show up yet.

‘It doesn’t matter if you’re in a state that has no cases or one case,’ Fauci said at a press briefing with Vice President Mike Pence Tuesday. ‘You have to start taking seriously what you can do now that if and when the infections will come – and they will come – sorry to say, sad to say, they will,’ he told reporters.

Like so many others, Fauci seems resigned to the fact that we are going to see a lot more cases in this country.

But where will we put them?  We only have a limited number of hospital beds, and those will fill up pretty quickly.

According to Washington Governor Jay Inslee, there could be 64,000 cases in his state alone by May…

Confirmed cases of the novel coronavirus are swiftly ballooning across the United States, and President Trump’s former Homeland Security Adviser Thomas Bossert says time is running out to control the spread.

Washington Gov. Jay Inslee (D), who is overseeing one of the country’s largest clusters, said “if you do the math” there could be 64,000 cases of COVID-19 in the Evergreen State by May, while New York City Mayor Bill de Blasio said the positive cases in the city are “coming in so intensely now” that public officials are struggling to keep up with them. He said he wasn’t in a position to give the media a “detailed case breakdown” because of the rapidly changing number.

Speaking of New York, a state of martial law has essentially been instituted in New Rochelle in a desperate attempt to contain the cluster that has erupted there…

In New York, Gov. Andrew Cuomo announced the most rigorous actions to date to combat the spread in New Rochelle, which he described as the “most significant cluster in the country” and accounts for the lion’s share of the surging caseload in the tri-state area.

Those measures include deploying National Guard troops to a Health Department command post and setting up a satellite testing facility and one-mile, two-week containment area in the city. Public schools in that containment zone will be closed through March 25; National Guard troops will help clean surfaces and deliver food in that one-mile radius.

Unfortunately, it is only a matter of time before similar measures are put into place in communities all across the nation.

The months ahead are going to be extremely challenging for all of us, and so let us hope that this outbreak begins to subside as soon as possible.

We are already starting to see things happen that would have been unimaginable just a few weeks ago.  If you can believe it, colleges and universities all over America are choosing to cancel classes for the foreseeable future…

Bernie Sanders and Joe Biden’s presidential campaigns canceled rallies set for Cleveland on Tuesday night due to coronavirus concerns, the first disruptions the outbreak has caused in the 2020 Democratic primary.

At this point, there is even talk that the Tokyo Olympics could be delayed for a year or two.

In the short-term, bringing public activity to a screeching halt all over the western world won’t hurt too much.

But what if this outbreak continues to keep growing month after month?

Right now, it looks like this virus is going to be with us for a long time to come.

In the UK, it has been reported that the government is planning “to stockpile body bags”, and the fact that a member of the British Parliament has become a confirmed case made headlines all over the world…

Health minister Nadine Dorries has tested positive for coronavirus and fears for Boris Johnson’s health have been sparked after she attended an event hosted by the Prime Minister at No 10 last week. Ms Dorries is understood to have fallen ill on Thursday and then over the weekend, the “classic symptoms” of the disease emerged.

But everything that I just shared with you pales in comparison to what just happened in Germany.

Angela Merkel says she expects around 60-70 percent of Germans will be infected with the coronavirus, which equates to about 53 million people.

News outlet Bild reported the German Chancellor’s comments, which echoed numbers forecast by Berlin virologist Christian Drosten, who added that such a total could take 2 years or longer to reach.

If we eventually see similar numbers throughout the entire western world, the global economy will collapse, there will be great civil unrest all over the globe, and tens of millions of people will die.

Let us continue to hope that such a nightmare scenario can be avoided somehow.

But let us also prepare for an extended battle with this virus, because it certainly appears that COVID-19 is not going to disappear any time soon.