Linda J. Bilmes and Michael D. Intriligator, ask in a recent paper, “How many wars is the US fighting today?”

Today US military operations are involved in scores of countries across all the five continents. The US military is the world’s largest landlord, with significant military facilities in nations around the world, and with a significant presence in Bahrain, Djibouti,Turkey, Qatar, Saudi Arabia, Kuwait, Iraq, Afghanistan, Kosovo, and Kyrgyzstan, in addition to long-established bases in Germany, Japan, South Korea, Italy, and the UK.  Some of these are vast, such as the Al Udeid Air Force Base in Qatar, the forward headquarters of the United States Central Command, which has recently been expanded to accommodate up to 10,000 troops and 120 aircraft.

Citing a page at US Central Command’s (CENTCOM) website, they highlight the “areas of responsibility” publicly listed:

The US Central Command (CENTCOM) is active in 20 countries across the Middle Eastern region, and is actively ramping-up military training, counterterrorism programs, logistical support, and funding to the military in various nations. At this point, the US has some kind of military presence in Afghanistan, Bahrain, Egypt, Iran, Iraq, Jordan, Kazakhstan, Kuwait, Kyrgyzstan, Lebanon, Oman, Pakistan, Qatar, Saudi Arabia, Syria, Tajikistan, Turkmenistan, U.A.E., Uzbekistan, and Yemen.

US Africa Command (AFRICOM), according to the paper, “supports military-to-military relationships with 54 African nations.”

[Gosztola points out that the U.S. military is also conducting operations of one kind or another in Syrian, Jordan, South Sudan, Kosovo, Libya, Yemen, the Congo, Uganda, Mali, Niger and other countries.]

Altogether, that makes 74 nations where the US is fighting or “helping” some force in some proxy struggle that has been deemed beneficial by the nation’s masters of war.

But those are just the public operations.

Gosztola notes that the covert operations are uncountable:

Scahill also reports, based on his own “well-placed special operations sources”:

…[A]mong the countries where [Joint Special Operations Command] teams had been deployed under the Obama administration were: Iran, Georgia, Ukraine, Bolivia, Paraguay, Ecuador, Peru, Yemen, Pakistan (including in Baluchistan) and the Philippines. These teams also at times deployed in Turkey, Belgium, France and Spain. JSOC was also supporting US Drug Enforcement Agency operations in Colombia and Mexico…

Since President Barack Obama has been willing to give the go ahead to operations that President George W. Bush would not have approved, operations have been much more aggressive and, presumably, JSOC has been able to fan out and work in way more countries than ever expected.

Global assassinations have been embraced by the current administration, opening the door to night raids, drone strikes, missile attacks where cluster bombs are used, etc. Each of these operations, as witnessed or experienced by the civilian populations of countries, potentially inflame and increase the number of areas in the world where there are conflict zones.

The world is literally a battlefield with conflicts being waged by the US (or with the “help” of the US). And, no country is off-limits to US military forces.

Of course, JSOC is not accountable to Congress … let alone the public:

JSOC operates outside the confines of the traditional military and even beyond what the CIA is able to do.

But it goes well beyond the war zones. In concert with the Executive’s new claims on extra-judicial assassinations via drone strikes, even if the target is an American citizen, JSOC goes around the world murdering suspects without the oversight of a judge or, god forbid, granting those unfortunate souls the right to defend themselves in court against secret, evidence-less government decrees about their guilt. As Pulitzer Prize winning journalist Seymour Hersh said at a speaking event in 2009:

Congress has no oversight of it. It’s an executive assassination ring essentially, and it’s been going on and on and on.

There are legal restrictions on what the CIA can do in terms of covert operations. There has to be a finding, the president has to notify at least the “Gang of Eight” [leaders of the intelligence oversight committees] in Congress. JSOC doesn’t have to do any of that. There is very little accountability for their actions. What’s weird is that many in congress who’d be very sensitive to CIA operations almost treat JSOC as an entity that doesn’t have to submit to oversight. It’s almost like this is the president’s private army, we’ll let the president do what he needs to do. 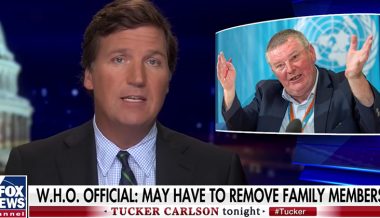 LA Mayor: “Snitches Get Rewards” & “Thank You For Turning Folks In”