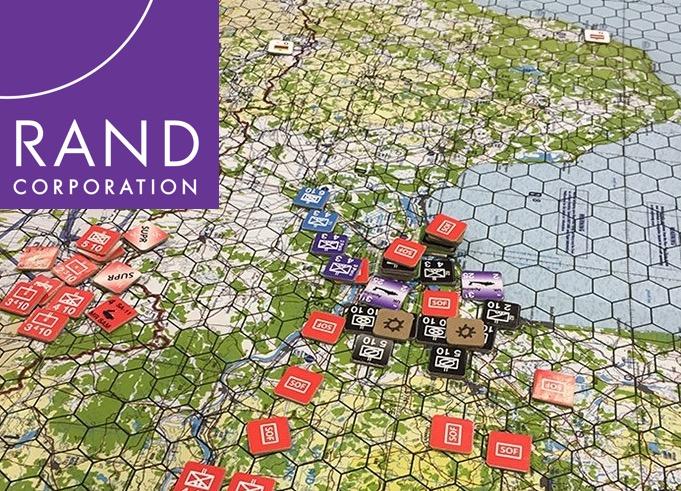 In simulated World War III scenarios, the U.S. continues to lose against Russia and China, two top war planners warned last week. “In our games, when we fight Russia and China, blue gets its ass handed to it” RAND analyst David Ochmanek said Thursday.

RAND’s wargames show how US Armed Forces – colored blue on wargame maps – experience the most substantial losses in one scenario after another and still can’t thwart Russia or China – which predictably is red – from accomplishing their objectives: annihilating Western forces.

In the next military conflict, which some believe may come as soon as the mid-2020s, all five battlefield domains: land, sea, air, space, and cyberspace, will be heavily contested, suggesting the U.S. could have a difficult time in achieving superiority as it has in prior conflicts.

The simulated war games showed, the “red” aggressor force often destroys U.S. F-35 Lightning II stealth fighters on the runway, sends several Naval fleets to the depths, destroys US military bases, and through electronic warfare, takes control of critical military communication systems. In short, a gruesome, if simulated, annihilation of some of the most modern of US forces.

“In every case I know of,” said Robert Work, a former deputy secretary of defense with years of wargaming experience, “the F-35 rules the sky when it’s in the sky, but it gets killed on the ground in large numbers.”

“That’s why the 2020 budget coming out next week retires the carrier USS Truman decades early and cuts two amphibious landing ships, as we’ve reported. It’s also why the Marine Corps is buying the jump-jet version of the F-35, which can take off and land from tiny, ad hoc airstrips, but how well they can maintain a high-tech aircraft in low-tech surroundings is an open question,” said Breaking Defense.

Meanwhile, speaking purely hypothetically of course, “if we went to war in Europe, there would be one Patriot battery moving, and it would go to Ramstein. And that’s it,” Work complained. The US has 58 Brigade Combat Teams across the continent but doesn’t have anti-air and missile-defense capabilities required to handle a barrage of missiles from Russia.

“Whenever we have an exercise and the red force really destroys our command and control, we stop the exercise,” Work said without a trace of humor. Beijing calls this “system destruction warfare,” Work said. They aim to “attack the American battle network at all levels, relentlessly, and they practice it all the time.”

The Air Force asked RAND to formulate a plan several years ago to improve the outcomes of the wargames in favor of the US, Ochmanek said. “We found it impossible to spend more than $8 billion a year” to fix the problems.

“That’s $8 billion for the Air Force. Triple that to cover for the Army and the Navy Department (which includes the US Marines),” Ochmanek said, “and you get $24 billion.”

Work was less concerned about the near-term risk of war, and he said, China and Russia aren’t ready to fight because their modernization efforts have not been completed. He said any major conflict is unlikely for another 10 to 20 years from now.

He said “$24 billion a year for the next five years would be a good expenditure” to prepare the military for World War III.

RAND offers a sobering assessment that America could lose a multi-front war in the future, which is quite shocking considering that the US spent nearly three times as much as the second biggest war power, China, did in 2017.

With the defense budget stuck around $700 billion per annum for the remainder of President Trump’s term, America’s Warhawks are inciting fear through simulated wargames with one purpose only: demand more taxpayers’ money for war spending.