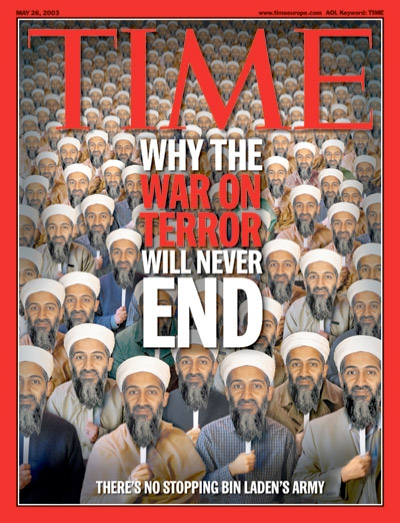 The corporate media, taking its cues in part from Foreign Policy, a magazine formerly owned by the misnamed Carnegie Endowment for International Peace, insists the gains of ISIS in Iraq took the establishment by surprise.

“We got caught flat-footed. Period,” Daveed Gartenstein-Ross, described as a terrorism analyst and senior fellow at the Foundation for Defense of Democracies, who supposedly studies ISIS and other al Qaeda-linked groups, told the magazine last week. Gartenstein-Ross claims U.S. intelligence had no idea “ISIS was about to mount a major offensive to take over two more cities simultaneously.”

“The intelligence agencies’ inability to predict the latest crisis in Iraq is likely to fuel critics of the Obama administration’s management of other global crises, including in Syria and Ukraine,” Shane Harris writes for FP.

Even former Secretary of State Hillary Clinton insists she had no idea of the ISIS threat. Appearing at a Council on Foreign Relations shindig, Clinton said she was unaware of “the extent to which ISIS could be effective in seizing cities in Iraq and trying to erase boundaries to create an Islamic state.”

This ignorance plays right into the neocon plan to keep the war on terror going indefinitely. The Foundation for Defense of Democracies is a prominent neocon think tank right up there with the American Enterprise Institute and the Hudson Institute, organizations that enthusiastically promoted “intelligence failures” (lies and fabrications) ahead of the U.S. invasion and occupation of Iraq by the Bush regime and subsequently maintained by Obama.

Anything Gartenstein-Ross tells us should be taken with a large chunk of salt. He is the author of two books hyping the war on manufactured terror – Bin Laden’s Legacy: Why We’re Still Losing the War on Terror and Homegrown Terrorists in the U.S. and U.K.

Peter Bergen, who penned The Longest War: The Enduring Conflict between America and Al Qaeda, insists “Daveed Gartenstein-Ross has written an analytically sharp, fluidly written account of al Qaeda and its affiliates in the post-bin Laden era. It makes for sobering and essential reading,” especially for neocons interested in keeping the war on terror and its myths chugging along.

Ignored amidst all this feigned ignorance is the fact ISIS keeps books like an anal-retentive accountant. In March, the organization published al-Naba, its annual report. “The Arabic language report, over 400 pages long, was first published by the I’tisaam Media Foundation, ISIS’s main media arm, and then re-posted online by secondary sources,”Alex Bilger writes for the Institute for the Study of War. “This report is the second known ISIS report publicizing the results of their military campaign in Iraq.”

The repeated publication of consecutive annual reports indicates that the ISIS military command in Iraq has exercised command and control over a national theater since at least early 2012. ISIS in Iraq is willing and able to organize centralized reporting procedures and to publish the results of its performance to achieve organizational effects. Such organizational effects might include attracting the attention of potential donors to ISIS’s cause and also showing off an increasingly structured organization capable of more than just attacking haphazardly.

Despite the supposed befuddlement of Hillary Clinton and U.S. intelligence agencies chewing through billions of dollars per year in the supposed effort to protect the American people from al-Qaeda bad guys, the report “describes its campaign for Ninewa as a main effort.”

Ninewa, or the Nineveh Province, is where ISIS began its effort to carve out a caliphate earlier this month.

As an elder statesperson and potential future president, a translation of the ISIS report should have been bedside reading for Clinton. It should have also landed on a CIA station desk within days of publication.

But it didn’t – and for good reason. Had the United States anticipated the military advances of ISIS, it could have beefed up a woefully unprepared Iraqi military. Instead, it decided to be “flat-footed” and caught by surprise.

This posture allows the government to mount a public relations campaign characterizing ISIS as a threat requiring renewed war on terror emphasis (and expenditure of trillions of additional dollars). It provides countless hours of media coverage complete with lurid photos of mass murder and hundreds of thousands of frightened refugees.

Sen Lindsey Graham, Sen. John McCain, Rep. Peter King and others are now warning in shrill and belligerent tones that if the American people do not wake from their slumber and get behind the war on terror, ISIS terrorists will engage in a murderous jihad in the homeland.