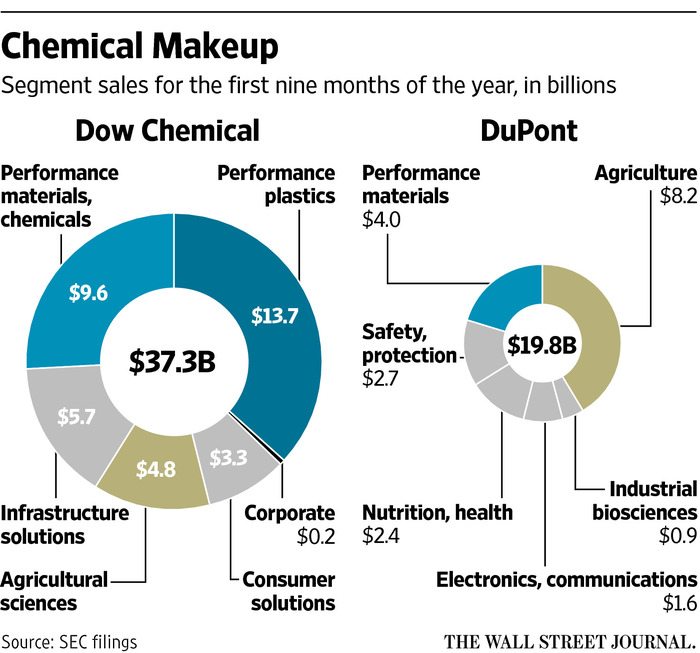 Several U.S. state attorneys general will join the pending federal antitrust investigations into the multi-billion dollar mergers between Bayer and Monsanto, and Dow and DuPont. [1]

The attorneys general will be able to provide data on how the prospective mergers – which are expected to be approved – would affect their jurisdictions and jointly conduct calls to gather information from the companies, their opponents, and supporters of the deals.

The 2 mergers, along with ChemChina’s $43 billion planned merger with chemical and seed maker Syngenta, threatens to completely change the landscape of the global seed and pesticide markets. The deals’ approval would mean that Dow Chemical and DuPont would become 1 of the biggest chemical makers in America, and Bayer and Monsanto would morph into the largest seed and pesticide company in the world. [2]

The Dow-DuPont merger is already under heavy scrutiny by state attorneys general, and it is facing difficult and protracted reviews by U.S. antitrust enforcers. But now things are about to get even tougher for the pending conglomeration, as 7 states, including California, have joined the probe. [1]

The states are concerned that once they merge, Dow and DuPont could raise the prices of pesticides and herbicides for farmers, and would have less incentive to compete to introduce better and cheaper products.

In separate statements, the companies said:

“In the U.S., we are working constructively with federal and state regulatory authorities, elected officials, and all agriculture stakeholders to show the pro-competitive benefits of the merger.”

In its own statement, Bayer said it looked forward to “working diligently with regulators to ensure a successful close.”

Bayer and Monsanto control the top 2 cotton seed brands in the United States, which represents about 70% of all cotton acreage in the country. The companies’ overlapping cotton seeds are a major concern for the feds and attorneys general. Bayer licenses genetic traits that make seeds resistant to the herbicide Liberty, while Monsanto licenses traits that make seeds resistant Roundup, the glyphosate-containing herbicide mired in so much controversy. [2]

DuPont’s Altacor and Dow’s Intrepid insecticides will also reportedly be investigated. Altacor and Intrepid, which are applied to high-value crops like almonds, pistachios, grapes, and apples, are chemically different but overlapping products.

Peter Carstensen, a law professor at the University of Wisconsin and leading agricultural antitrust expert, explained why that’s a problem:

“One of the worst things you could do is to link Liberty and Roundup in the same company. There’s no incentive for somebody to develop a third alternative.”

We don’t want a third chemical option, but that is 1 of the investigators’ concerns.

More importantly, consumer groups have expressed fears that the mergers will mean that “farmers get paid less for their crops, more pesticides are used, and there are fewer options for consumers at the grocery store.”