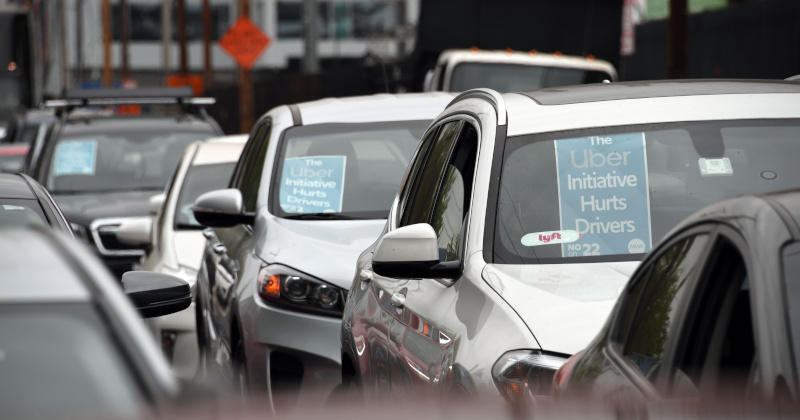 Both Uber and Lyft have warned that a recent court decision in California may force them out of the state for good, after the companies were ordered to provide their combined 500,000-plus drivers with employment benefits.

“If the court doesn’t reconsider, then in California, it’s hard to believe we’ll be able to switch our model to full-time employment quickly,” Uber CEO Dara Khosrowshahi told MSNBC on Wednesday, two days after a judge granted an injunction requiring the two ride-sharing giants to reclassify their drivers from independent contractors to full-fledged employees.

While Uber and Lyft have vowed to appeal the decision, which will come into effect next Thursday, Lyft President John Zimmer said his firm would also be forced to “suspend operations in California” entirely if they fail to overturn the ruling.

The companies were ordered on Monday to begin paying minimum wage, overtime benefits, paid break periods and reimbursements for costs incurred by drivers under the authority of Assembly Bill 5 (AB 5).

Passed last year with support from Democrats, the law stipulates that all workers in the state must be “presumed” employees, forcing businesses to meet standards on a three-point “ABC test” in order to treat workers as independent contractors, who don’t qualify for the same benefits mandated for full-time staff. Both companies currently label their more than 525,000 drivers – 200,000 for Uber and 325,000 for Lyft – as contractors.

While critics insist the companies are taking advantage of workers by foregoing typical employee perks, Uber and Lyft maintain that drivers prefer the flexibility of the contracting arrangement, which allows them to set their own hours and avoid withheld taxes, among other things.

Should their appeal fail, however, the ride-hailing companies will make one last-ditch attempt to ax AB 5 altogether in the upcoming November election, backing a ballot measure which would override the law.

A number of Republican lawmakers, and reportedly even some rank-and-file Democrats, have slammed the assembly bill as a jobs killer, with Congressman Mike Garcia (R-California) warning on Wednesday that it would have a “disastrous” effect on hundreds of thousands of ride-sharing workers, who could “lose their main or secondary source of income at the height of a pandemic.”

My statement on yesterday’s #AB5 ruling and reports Uber may halt service: pic.twitter.com/Rjvv5rQnYW

Despite local opposition to AB 5, Democrats in the US House have sought to impose a similar measure nationwide, passing the PRO Act through Congress in February.

Should Democrats wrest the Senate away from the GOP in November, the act is all but ensured to become law – potentially bolstered further by a Joe Biden presidency, as the Democratic nominee voiced strong support for AB 5 earlier this year.