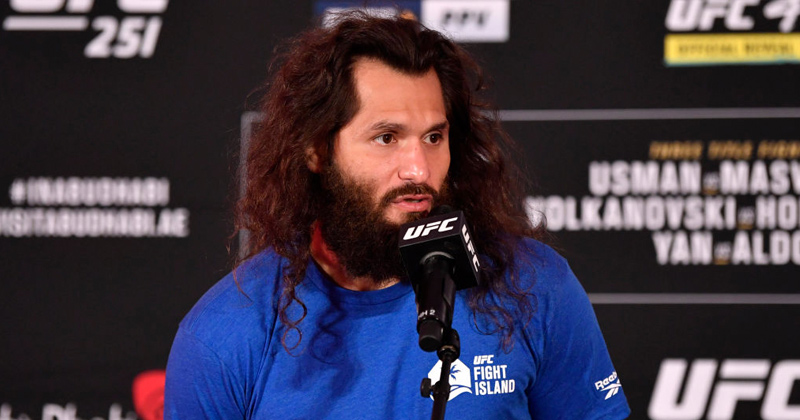 UFC fighter Jorge Masvidal says his rejection of socialism in all its various forms will likely influence his vote in November.

In a video uploaded to his YouTube channel, Masvidal – who recently lost a UFC 251 welterweight title match against Kamaru Usman – says his Cuban upbringing and his family’s extreme rejection of communism has led him to despise the far left political ideology.

“Who you voting for for president?” someone off-camera asks Masvidal.

“If you know my background, you know I’m Cuban,” he says, before going on to explain his family fled the communist regime.

“I’ve been trained my whole life to sniff them out, weed them out … since I can remember I’ve been getting speeches from my dad, what the communist government looks like, from my uncles, my aunts, my cousins that came over later on in life and dropped their knowledge and wisdom on me,” the fighter says.

“So I’m against anything that stands against freedom. Give me death or give me freedom.”

Commenters on YouTube interpreted Masvidal’s repudiation of communism as a possible Trump endorsement.

“He made it clear he’s voting for Trump,” one commenter said.

“Jorge basically saying in many words…’Trump-Pence 2020,'” said another user.

“Basically fellas he’s a reall ass dude and is letting you know he’s not voting democrat. Period,” yet another commenter noted.

Masvidal vs. Usman, part of the first round of bouts conducted on “Fight Island” in Abu Dhabi, was reportedly the top pay-per-view event in UFC history.

UFC fighter Nick Catone is now grieving the death of his 20 month old son after he took the MMR and Flu vaccine. Alex exposes the globalist agenda to attack the population using spiked vaccines.