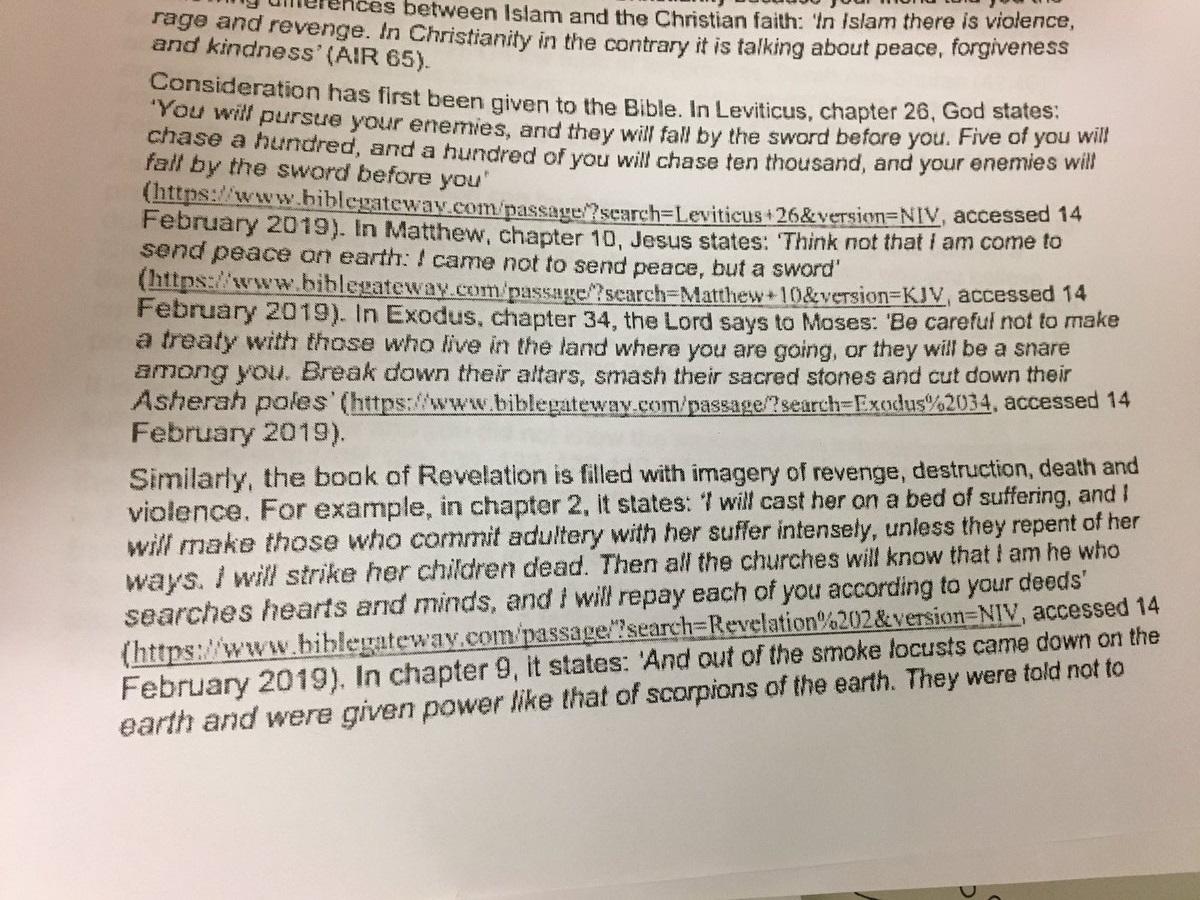 The UK has denied asylum to an Iranian man because he said on his application that he converted from Islam to the “peaceful” religion of Christianity, according to The Independent.

The Home Office quoted excerpts from the bible in the man’s rejection letter – saying the book of Revelations is “filled with imagery of revenge, destruction, death and violence,” and concluded that “These examples are inconsistent with your claim that you converted to Christianity after discovering it is a ‘peaceful’ religion, as opposed to Islam which contains violence, rage and revenge.”

Modern churches have been prevented from political speech by the 501(c)3 tax status they have been granted. Alex explains this allows the left to silence Christians from promoting true biblical values.

When contacted by The Independent, the Home Office essentially said “our bad” – claiming that the letter was “not in accordance” with proper policies for claims based on religious persecution, and that it was working to improve employee training.

Lawyers and campaigners said the case demonstrated a “distortion of logic” and a “reckless” approach to asylum seekers’ lives, stemming from a tendency by the department to “come up with any reason they can to refuse” cases. –The Independent

The asylum seeker’s caseworker, Nathan Stevens, tweeted “I’ve seen a lot over the years, but even I was genuinely shocked to read this unbelievably offensive diatribe being used to justify a refusal of asylum.”

Excerpt from a home office reasons for refusal letter for a convert to Christianity. I’ve seen a lot over the years, but even I was genuinely shocked to read this unbelievably offensive diatribe being used to justify a refusal of asylum. pic.twitter.com/R1wA1HMNwH

According to the latest immigration statistics, there has been a marked increase in incorrect asylum refusals – with successful appeals up 5% since 2015-2016.

“You can see from the text of the letter that the writer is trying to pick holes in the asylum seeker’s account of their conversion to Christianity and using the Bible verses as a tool to do that,” said legal expert Conor James McKinney – deputy editor of the website Free Movement. McKinney said the case was a symptom of the Home Office’s reputation to “come up with any reason they can to refuse asylum.”

“The Home Office is notorious for coming up with any reason they can to refuse asylum and this looks like a particularly creative example, but not necessarily a systemic outbreak of anti-Christian sentiment in the department.” -Conor James McKinney

The case is a “particularly outrageous example of the reckless and facetious approach of the Home Office to determining life and death asylum cases,” said Sarah Teather, director of the Jesuit Refugee Service (JRS) in the UK. Teather added that JRS frequently encounters cases where asylum has been refused on “spurious grounds,” adding “Some of these cases require more legal knowledge to recognise than this bizarre misquoting of the Bible, but as this instance gains public attention, we need to remember it reflects a systematic problem and a deeper mindset of disbelief, and is not just an anomaly that can be explained away.”