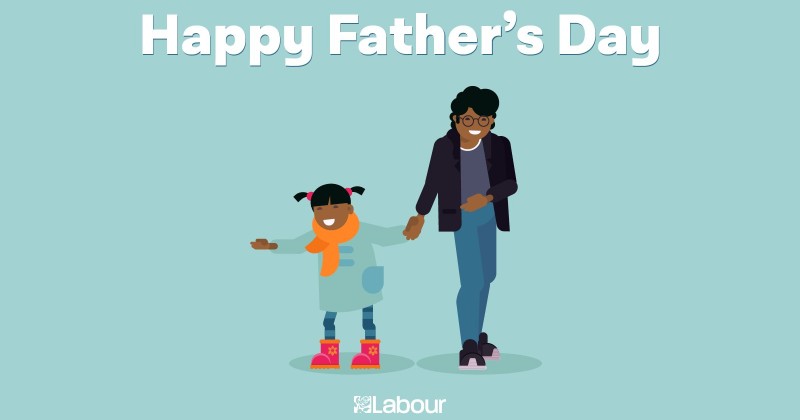 The UK Labour Party left Twitter users baffled after it appeared to celebrate Fathers Day using an image of a black child and a transgender father, leading some to be confused and think that the image was in fact reinforcing the stereotype of absent black fathers.

“The coronavirus crisis has reminded us just how important connecting with our loved ones is. Happy Father’s Day to all the dads and carers out there. #HappyFathersDay,” tweeted Labour’s official account.

The coronavirus crisis has reminded us just how important connecting with our loved ones is. Happy Father's Day to all the dads and carers out there. #HappyFathersDay pic.twitter.com/UDTJaDTrz3

However, the image used to illustrate the message featured a cartoon “father” who looked more like a woman.

“That dad looks like he’s going for a bra fitting for himself,” remarked one respondent.

That dad looks like he's going for a bra fitting for himself.

What a hunched back, docile, pathetic excuse of a man.

Others thought the image suggested Labour was reinforcing the “racist” stereotype of absent black fathers.

“Is this a dig at the black community? Absentee fathers?” asked one.

Is this a dig at the black community?

“Haha they’ve given up on black man being parents!” commented another.

Haha they’ve given up on black man being parents!

In reality, Labour had probably intended to use a cartoon character with a vague gender identity because they were terrified of offending transgender activists, who vociferously assert that “all trans men are men” and vice versa.

One individual who calls himself a “trans dad” (and is almost certainly a parody account) applauded the message.

I am glad the Labour party has shown a picture of a dad who menestrates. Well done 👏👏👏 #transmenaremen

Others noted the complete lack of representation of white people.

Why is the indigenous population not being represented here?