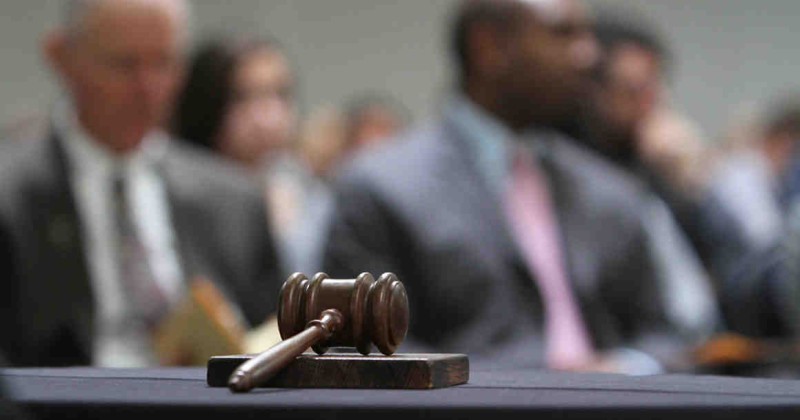 The body that regulates lawyers in in England and Wales could be about to scrap the writing section of an exam for future solicitors and replace it with multiple choice questions because it discriminates against ethnic minorities compared with white candidates.

In other words, the Solicitors Regulation Authority (SRA) is implying that non-white people can’t read or write properly and therefore should be exempt from this task so they they are not “disadvantaged” in comparison to white applicants.

Has there ever been a more flagrant example of the bigotry of low expectations?

“SQE1 – which candidates must pass before taking SQE2 – was due to contain a multiple-choice legal knowledge test and a written skills test,” reports the Law Gazette. “At a press briefing yesterday however, the SRA announced that it is considering scrapping the skills section. This would leave only the multiple-choice question paper.”

“An independent review found the written skills assessment ‘raised significant concerns about reliability, fairness and standard setting’. The pilot suggested that black, Asian and minority ethnic (BAME) candidates, for example, were disadvantaged compared with white candidates even when their performance in the multiple-choice test was taken into account, according to the review.”

Satirical social justice activist Titania McGrath (a Twitter account run by comedian Andrew Doyle) commented on the matter, remarking, “Thrilled to see that the written part of the solicitors exam is to be replaced with multiple choice to support minority candidates. The assumption that ethnic people who want to work in law should be able to read and write is about as racist as it gets.”

Thrilled to see that the written part of the solicitors exam is to be replaced with multiple choice to support minority candidates.

The assumption that ethnic people who want to work in law should be able to read and write is about as racist as it gets.https://t.co/nFJmfghRNq

Respondents to the Law Gazette article expressed their amazement that future lawyers might be given a pass from having to complete the written part of the exam simply because of their skin color.

“Am I missing something here?” asked one. “How on earth are people of whatever race, colour creed etc supposed to be able to provide legal advice of the caliber required of us by the SRA, the Ombudsman and our insurers if their grasp of the English language is insufficient for them to be able to read the case law, commentary and legal texts required to pass the exams – or is that no longer necessary?”

“Do the powers that be not realise just how patronising and racist they are? Why on earth should they assume that BAME candidates can’t cope with a level playing field? It’s just wrong, wrong, wrong,” commented another.

Talk about a race to the bottom.