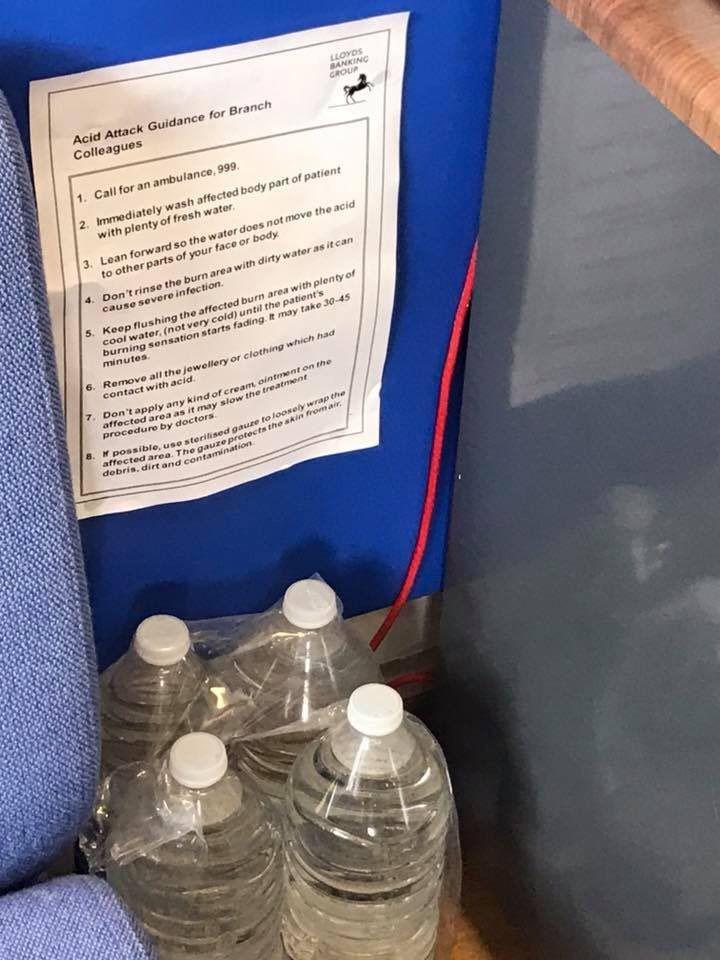 Lloyds Banking Group in the UK is offering its staff “acid attack guidance” as corrosive substance attacks continue to rise across the country.

An image posted to social media shows a sheet of instructions telling employees what to do in the event of an attack.

“Immediately wash affected body part of patient with plenty of fresh water,” states the guidance sheet, as well as, “Lean forward so the water does not move the acid to other parts of your face or body.”

Four large water bottles have been placed below the sign, presumably to be used in the event of an acid attack.

According to the the National Police Chiefs’ Council, London now has one of the highest rates of recorded acid and corrosive substance attacks per capita in the world.

There are 15 acid attacks in the UK every week, with three quarters taking place in London. This compares to two a month from 2007-2011. Knife crime across the country also continues to rise.

An acid attack was caught on camera just last week. The perpetrators carried out a separate acid attack earlier in the day, during which they wore Islamic headscarves to hide their identity.

Shocking images of Acid Attack recorded exactly when the guy was throwing it to the two males inside the car in east London. pic.twitter.com/0BhkUlTab1