British tabloid conducts cheeky “investigation,” gets away with committing potential act of terror

Following the successful test shooting of the world’s first 3D printed gun, known as the Liberator, media outlets have predictably rushed to demonize the technological feat, which instead of being considered a great accomplishment for mankind and science, is being used to fuel anti-gun paranoia.

On Sunday, the UK’s Daily Mail claimed to have “exposed” the “massive international security risk” the organization says comes when people are able to print their own guns.

“We built the weapon, which is capable of firing a live round, from blueprints available on the internet – then smuggled it on to a packed Eurostar train,” the tabloid reported.

Austin-based 3D printing group Defense Distributed sparked outrage from the leftist media last week after they were able to produce a functional firearm created mostly from 3D printed parts, subsequently distributing the schematics freely online. The only parts not printed were the firing pin, which is an easily obtained standard nail, and a 6 ounce piece of metal which makes the gun comply with laws such as the Undetectable Firearms Act, legislation outlawing guns not detectable by airport x-ray machines.

In an awkward and trivial attempt to prove that a plastic gun can be rammed through security undetectably and then smuggled on to a train, the Daily Mail proceeded to print the parts and assemble the piece, intentionally neglecting the 6 ounce metal piece and the metal firing pin, which the paper admits they omitted for “legal reasons.”

The fact that the paper could have gone to any toy store and purchased a plastic gun to test this very same concept makes it clear they genuinely intended to mislead their readers, hoping to negatively influence public opinion regarding 3D guns.

Preying on their readership’s naivety, the paper announced that access to the “deadly, precision-made parts” pose a huge security threat, despite the paper creating their firearm under dubious circumstances.

Fortunately, savvy readers saw through the tabloid’s cunning ploy, calling them out for fomenting an atmosphere of fear where the reality of such a threat is miniscule.

“Utter scaremongering – what use is it without ammunition? That is metallic and would be detected. Must try harder DM,” replied one Daily Mail reader, echoed by another user who stated, “Hello…THE BULLETS would set off the metal detectors! And If they are used as a musket you have to get really close…. and would only be able to get one person before everyone else ran away…so much for mass destruction! Very unlikely terrorists will use this!”

Yet another reader saw the paper’s scheme as illegal in every sense, considering the fact that they openly admitted committing the crime of bringing a firearm on to a train: “So your not only admitting to taking a gun on a train but also evidence for the [Crown Prosecution Service] cps! Nice police have been informed I hope they act.”

Defense Distributed also took aim at the paper’s cheeky experiment, stating in a blog post: “The DM has engaged in an act of terrorism to show us that Eurostar trains will now only be safe when the public itself is eliminated.”

Far from demonstrating whatever it is they sought to prove, the Daily Mail merely highlighted the fact that their “journalists are agents of state terrorism and above the law,” responded Defense Distributed’s Cody Wilson.

Given the State Department’s recent issuance of a take down notice of DefCad.org’s Liberator gun files, coupled with the minimal prospect that “the masses” will soon have access to printable weapons, we can be sure to expect more hit pieces aimed at demonizing the technology, which may grease the skids for increased Internet censorship and government control. 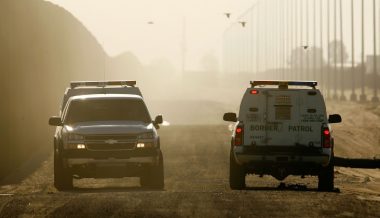