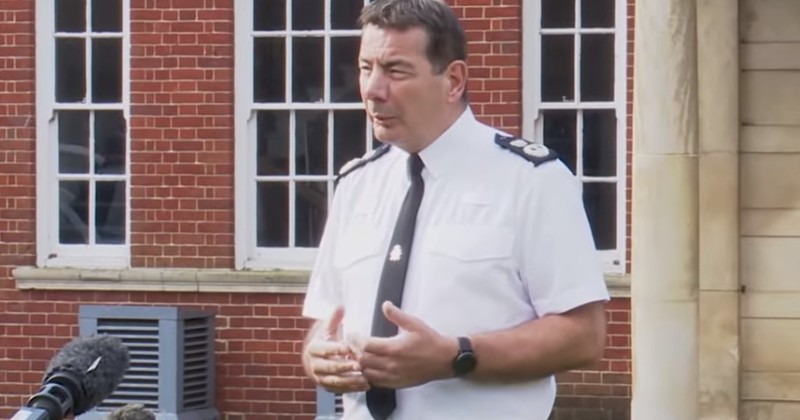 A police force in the UK threatened to start searching people’s shopping baskets in order to catch coronavirus lockdown violators, but later had to backtrack following a public backlash.

Northamptonshire Police chief constable Nick Adderley prompted outrage after he appeared in a video to warn people who were buying unessential items at grocery stores that their purchases may be scrutinized by the authorities.

“We will not at this stage be starting to marshal supermarkets and checking the items in baskets and trolleys to see whether it’s a legitimate, necessary item but again be under no illusion, if people do not heed the warnings and the pleas that I’m making today, we will start to do that,” said Adderley.

Northamptonshire Police is among the worst performers in the country for bringing charges after cases of burglary. But its chief constable will damn well rummage through your shopping basket and find that incriminating can of air freshener if he wishes. pic.twitter.com/3rHhM72U0p

Adderley also said police checkpoints would be set up if people didn’t properly adhere to quarantine rules, warning that a “three-week grace period” in his county was over.

“If things don’t improve, and we don’t get the compliance we would expect, then the next stage will be road blocks and it will be stopping people to ask why they are going, where they’re going,” he said.

The police force later had to backtrack from Adderley’s comments, tweeting, “To clarify some suggestions made in the media, we absolutely will NOT be searching people’s shopping trolleys in Northamptonshire.”

To clarify some suggestions made in the media, we absolutely will NOT be searching people's shopping trolleys in Northamptonshire.

The same message was communicated to our officers from the very moment we were given these new powers… https://t.co/tbBybJXtY8

UK Home Secretary Priti Patel also told a radio station that such measures were “not appropriate.”

“This is not about heavy-handed law enforcement. I think I really must emphasize that. There’s a balance to this,” she commented.

“It would be completely disproportionate for police to start investigating shopping baskets or stopping every car at road checks, and there’s no legal basis for them to do so,” she remarked.

This is by no means the first time a UK police force has faced heat for using draconian measures to impose the COVID-19 lockdown.

Derbyshire Police were ridiculed after they used a surveillance drone to spy on dog walkers in remote countryside and then publicly shamed them online by posting the video.

The same police force also dyed a blue lagoon black in order to deter people from gathering there.