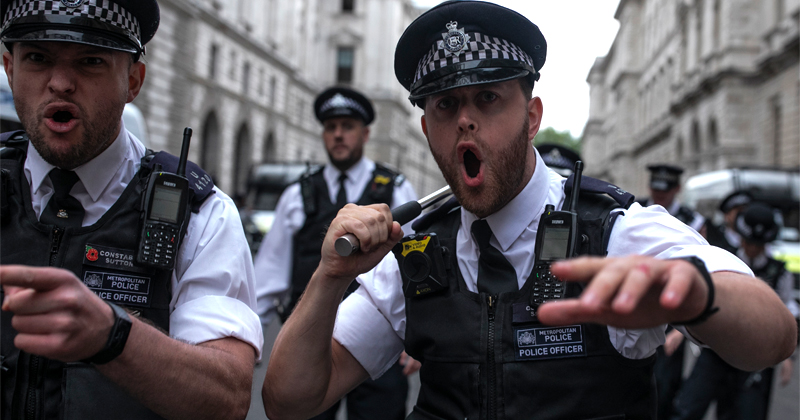 UK police who test positive for Covid-19 will be exempt from providing their details to the NHS contact tracing app due to fears that undercover officers could be put in danger, reports claim.

The force is planning its own variation of the contact tracing system, wherein officers who test positive will pass their details over to the police force instead of the centralized NHS app.

Essentially what this means is that police forces will take over all contact tracing for officers and staff, an unnamed police source told Sky News.

The different rules for the state’s police are due to concerns that the strict application of contact tracing rules related to the NHS app would shut down entire stations or units across the country. Not only that, privacy fears associated with the app mean that undercover officers could be put at risk.

“If I’m working undercover with another officer, giving those details across could give away not just their information but the methodology of how we work, which would put people in danger,” the police source said.

Another option being touted is to send staff from the NHS test and trace service to police forces, yet due to a stringent lack of resources, this looks like a non-starter.

In defence of the police force’s decision to secede from the national initiative, the police source argued that “There’s a host of areas we have to be very careful,” referring to counter-terrorism, source handling, high-profile victims, undercover operations and names of offenders as concerns.

Assistant Chief Constable Claire Nix also stated that the officers will be dealing with the tracing initiative differently because they “most likely come into contact with the virus in the course of their duties, when they are wearing personal protective equipment and practising social distancing.”

There have been a number of concerns with the UK’s contact tracing app, on Friday Secretary of State for Transport Grant Shapps hinted that it wouldn’t be up and running until October.

That said, the fundamental premise of the app is one of trust. And the UK police shirking the app before it has even been launched will certainly raise some questions. If this is the case, then it would make sense that everyday users have grounds to shirk the app too.