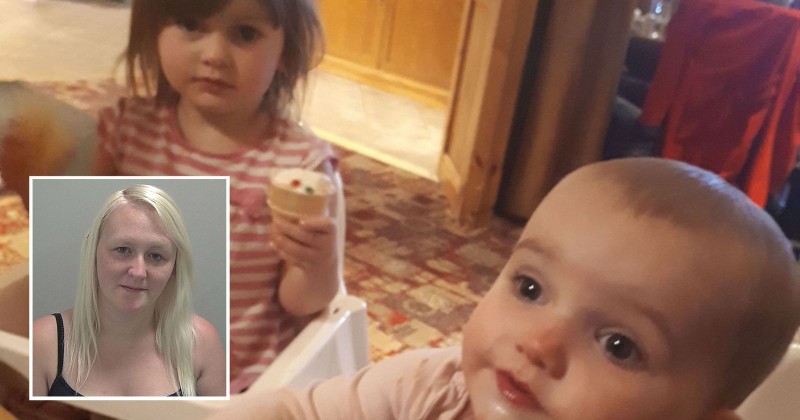 A woman in the UK murdered her own infant daughters because they “got in the way” of her sex life.

23-year-old Louise Porton was jailed for life after killing her 3-year-old and 17 month old daughters Lexi and Scarlett. Both victims had symptoms consistent with strangulation.

Police said that Internet searches clearly suggested Porton had tried to kill Lexi on two previous occasions before she was found dead by paramedics on January 15 last year.

18 days later Porton drove Scarlett to hospital claiming the infant was unwell but emergency services subsequently discovered the infant had been dead for some time.

Porton’s behavior clearly suggested that she killed the girls because they were a hindrance to her promiscuous sexual behavior.

“When Lexi was ill in hospital, just over a week before she died, Porton took topless photos in the toilets and was arranging to perform sex acts for money with a man she had met through a website,” reports Sky News.

Porton accepted 41 friend requests on a dating app just a day after the first child died and was also heard laughing at a funeral parlour by a funeral arranger who told the court he saw her using FaceTime to to speak to a man.

“One way or another you squeezed the life out of each of your daughters, only calling the emergency services when you knew they were dead,” the judge in the case told Porton.

The father of the children said he tried to warn social services about Porton’s behavior but was ignored.

“I hate Louise. No punishment will ever be enough,” he said.

Was Porton merely evil, or is this a broader reflection of a rampantly narcissistic society where selfishness is coveted and responsibility is something to be avoided at all costs?