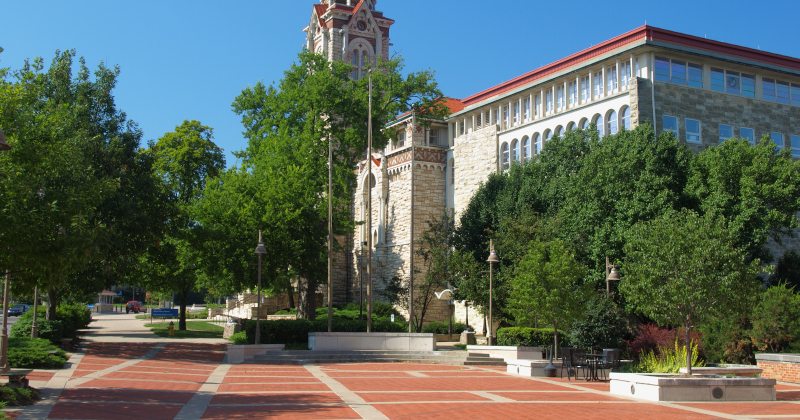 Associate professor and researcher at the University of Kansas, Feng Tao, has been charged with two counts of wire fraud and one count of program fraud for not disclosing his work with China.

He was allegedly involved in a “scheme” to transfer “intellectual property” from American universities to Chinese universities.

The 16-page superseding indictment filed by the U.S. District Court explains that Tao joined the Changjang Professorship in 2018 which is a “talent program sponsored by the PRC Government and the CPC” or Communist Party of China.

The People’s Republic of China is offering these “talent plans” to students and professors in the United States to “encourage the transfer of original ideas and intellectual property from U.S. universities to PRC Government institutions.

Although Tao was selected for the Changjang Scholarship and a full-time appointment to Fuzhou University in China, he did not inform KU of this commitment regardless of the Kansas Board of Regents’ policy that the University must be notified of outside employment.

The indictment states that Tao “did not disclose any financial award accompanying his selection for the Changjiang Scholarship or salary for his appointment to FZU.”

The indictment lists the purposes of the “scheme” as being “to provide the FZU with technical training, scientific expertise, and research capacity,” “to obtain funds to which he was not legitimately entitled, specifically funds derived from his fraudulently maintained second full-time job,” and “to conceal his relationship and agreement with the FZU so that he could maintain his position, access to facilities, and access to the benefits of scientific research at KU.”

The Changjang Contract required Tao “to recruit two to three doctoral students and three to four master’s students per year.”

Tao traveled to China to participate as a faculty member at FZU and remained there for about two months from the end of May through the first of August. During that time, the indictment states that “three post-doctoral researchers expressed interest in Tao’s research group at FZU.”

According to the indictment, Tao obtained federal funds to which he was not entitled throughout the course of his alleged fraud. He received “benefits of $10,000 under federal grants sponsored by the National Science Foundation, U.S. Department of Energy, and other federal departments and agencies, embezzled, stole, and obtained by fraud, property worth at least $5,000.”

Upon his conviction, Tao was required to forfeit any property derived from his offenses.