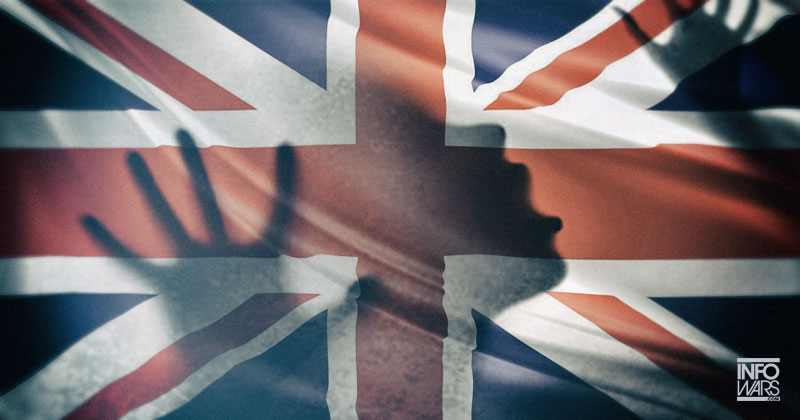 The British government’s strategy to deal with the coronavirus outbreak is for 60% of the UK to become infected in order to develop “herd immunity” against the disease, according to The Independent.

In other words, when the thus-far unstoppable virus ravages England, it was all part of the plan.

“We think this virus is likely to be one that comes back year on year and becomes like a seasonal virus and communities will become immune to it and that’s going to be an important part of controlling this in the longer term,” said the government’s chief scientific adviser, Patrick Vallance, who added “60% is the sort of figure you need to get herd immunity.“

According to Vallance, isolating the population would only temporarily suppress the virus, but it would quickly re-emerge and the crisis would be repeated.

“If you completely locked down absolutely everything probably for a period of four months or more then you would suppress this virus,” he said, adding “All of the evidence from previous epidemics suggests that when you do that and then you release it, it all comes back again.“

Vallance’s comments echo those made by Prime Minister Boris Johnson earlier in the week, when he said the UK might have to just “take it on the chin.”

UNBELIEVEABLE – Johnson seriously suggests on TV to let #coronavirus run unhampered thru UK population.
Johnson proposes to let us “take it on the chin” & “allow the disease to move through the population”.
In other words… do nothing & accept death rates >10% for elderly. pic.twitter.com/FmBNUL2oRB

One possible flaw in their logic with encouraging roughly 40 million people to catch COVID-19 (which, even with a fatality rate of even 1 means 400,000 dead) – is that Chinese scientists have observed coronavirus patients relapsing and not walking away from the disease with natural immunity.

“For those patients who have been cured, there is a likelihood of a relapse,” Zhan Qingyuan, the director of pneumonia prevention and treatment at the China-Japan Friendship Hospital, said during a press conference last month.

“The antibody will be generated,” said Zhan.

“However, in certain individuals, the antibody cannot last that long.”

And according to Futurism, herd immunity – such as the idea behind “chicken pox parties” may or may not be a viable strategy.

The underlying idea behind a vaccination — or even “chicken pox parties” — is that exposure to a virus will trigger the immune system to generate antibodies that will shield that person from that virus in the future. But according to Chinese health officials, the antibodies created after a 2019-nCoV infection aren’t always strong enough to keep patients from getting sick again. –Futurism

Another issue is that between 10% – 15% of those infected require hospitalization, meaning roughly 4-6 million Britons would need an ICU – which typically means some type of oxygen support such as a ventilator. According to the NHS, there are roughly 100,000 overnight beds available (‘general’ and ‘acute’) at any given time.

So what happens to the mortality rate when that same 10-15% of coronavirus patients who need hospitalization don’t have access to medical care, including life-saving ventilators?