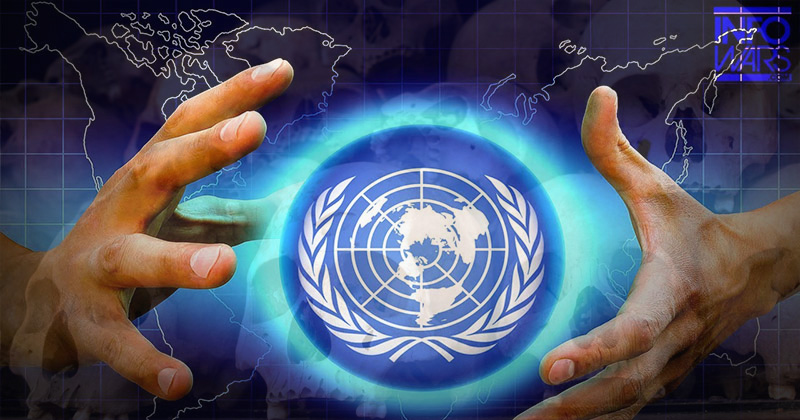 A panel of climate scientists working for the United Nations are calling for a reduction of the earth’s population in order to stave off global warming.

In a study published Tuesday in the journal BioScience, the UN’s Intergovernmental Panel on Climate Change urged global population control, claiming that major catastrophes are just around the corner if the earth’s inhabitants aren’t drastically reduced.

“Scientists have a moral obligation to clearly warn humanity of any catastrophic threat and to ‘tell it like it is,’” the panel of climate alarmists warned. “On the basis of this obligation and the graphical indicators presented below, we declare, with more than 11,000 scientist signatories from around the world, clearly and unequivocally that planet Earth is facing a climate emergency.”

In addition to phasing out fossil fuels and “eating mostly plant-based foods while reducing the global consumption of animal products,” the IPCC says “the world population must be stabilized – and, ideally, gradually reduced — within a framework that ensures social integrity.”

There are proven and effective policies that strengthen human rights while lowering fertility rates and lessening the impacts of population growth on GHG emissions and biodiversity loss. These policies make family-planning services available to all people, remove barriers to their access and achieve full gender equity, including primary and secondary education as a global norm for all, especially girls and young women.

11,250 scientists have signed an emergency declaration urging people to have fewer children to halt climate change.

In these countries, women on average have…

Shocking racism from the scientists.

In frighteningly Orwellian doublespeak, the IPCC concludes policies to reduce the population will actually “act to sustain life” on Earth.

While the UN is attempting to rebrand their decades-old campaign after being “encouraged by a recent surge of concern,” the goal of reducing the population by up to 80 percent has been a staple United Nations agenda, and was laid out in detail in Alex Jones’ documentary “EndGame: Blueprint for Global Enslavement.”

In the film, Jones breaks down the globalist plot to control the earth’s population, including the Georgia Guidestones’ brazen warning of a mass culling of the population down to 500,000,000 people, and former Secretary of State Henry Kissinger’s plans to stymie population growth.