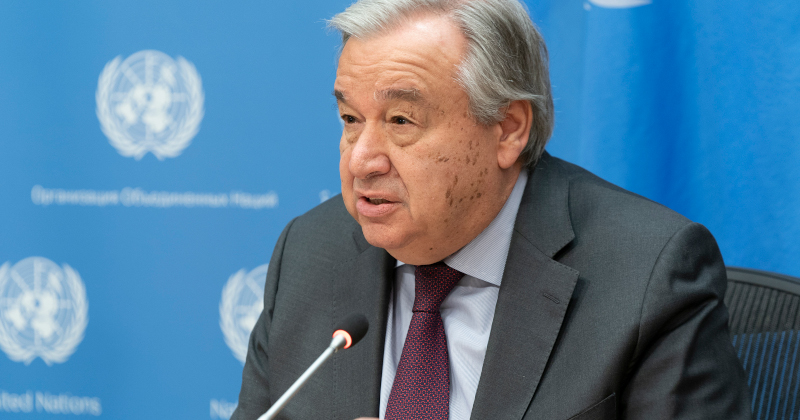 UN Secretary General António Guterres declared the World Health Organization “irreplaceable,” saying it needs greater resources to support its work in developing countries, a month after the US cut funds to the international body.

Guterres was addressing the annual World Health Assembly via video link on Monday when he made the comment. He added that the world was now paying a “heavy price” for ignoring WHO recommendations in January to fight Covid-19.

US President Donald Trump last month accused the “China-centric” WHO of “severely mismanaging” the Covid-19 crisis and of “covering up” the spread of the virus in cahoots with Beijing.

He said funding from the US, the organization’s largest donor, would be frozen pending a probe into the claims.

Trump’s abrupt decision triggered international condemnation, including from Guterres, who said the organization “must be supported” and is “absolutely critical” to the world’s efforts to beat the Covid-19 pandemic.

The funding cut also provoked disbelief in Europe, with EU foreign policy chief Josep Borrell saying states in the 27-member bloc “deeply regret” the US decision and that the timing of the move was unjustifiable. Russia’s Deputy Foreign Minister Sergey Ryabkov said, meanwhile, that the move was “an expression of the very egoistic approach” of US authorities to the crisis.

The World Health Assembly was opened by Swiss President Simonetta Sommaruga, who pledged her country’s “full support and cooperation” to the WHO and said its 194 member states must “act together” to end the pandemic.