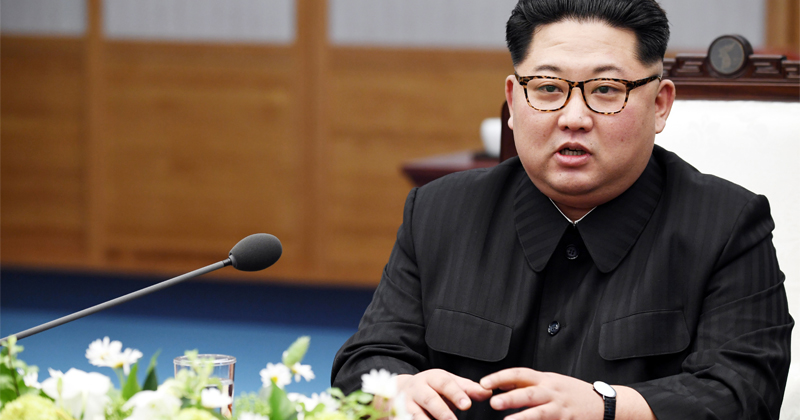 A confidential UN report on North Korea’s compliance with Security Council sanctions says that several nations believe that they have developed miniaturized warheads small enough to fit atop ballistic missiles.

Western intelligence has been predicting for years that the North Koreans would soon be capable of marrying a nuclear warhead to an intercontinental ballistic missile capable of striking the United States and Europe, so the report is hardly a surprise. Our own military had assumed for years that the NoKos would reach this level of development and had planned accordingly.

While the range of its best missiles may be up to 13,000 kilometers, it’s unknown how accurate or reliable they are.

North Korea is formally known as the Democratic People’s Republic of Korea (DPRK). North Korea’s mission to the United Nations in New York did not immediately respond to a request for comment on the U.N. report.

North Korean leader Kim Jong Un said last week there would be no more war as the country’s nuclear weapons guarantee its safety and future despite unabated outside pressure and military threats.

The U.N. report said one country, which it did not identify, assessed that North Korea “may seek to further develop miniaturisation in order to allow incorporation of technological improvements such as penetration aid packages or, potentially, to develop multiple warhead systems.”

Kim has yet to tempt fate by testing another nuke or ICBM. He will wait to see the outcome of the presidential election before that happens. If Joe Biden wins, it’s a safe bet that within months of Biden taking office, missile tests and possibly even nuclear tests will ensue.

So much for U.S.-North Korea detente and the Kim-Trump friendship. What little progress was made in reining in North Korea’s nuclear ambitions was almost certainly a mirage.

In May 2018 North Korea followed through on a pledge to blow up tunnels at its main nuclear test site, Punggye-ri, which Pyongyang said was proof of its commitment to end nuclear testing. But they did not allow experts to witness the dismantlement of the site.

The U.N. report said that as only tunnel entrances were known to have been destroyed and there is no indication of a comprehensive demolition, one country had assessed that North Korea could rebuild and reinstall within three months the infrastructure needed to support a nuclear test.

We are told by nuclear “experts” that this is no big deal, that North Korea and Kim “don’t want to commit suicide” and will therefore not attack the U.S. That very well may be true. It’s not so much the threat that Kim will launch, but rather the unstable nature of the regime and the number of unknowns about North Korea’s highly secretive leadership that makes Kim a wild card.

And a wild card with a nuclear weapon is a very unsettling proposition.