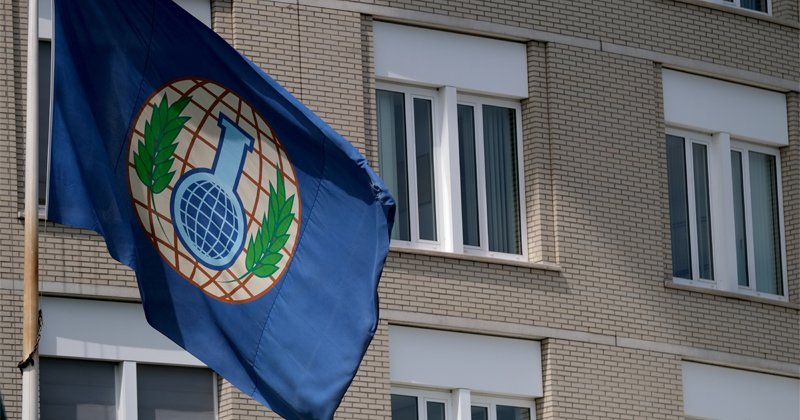 Syria has until October to declare to the UN chemical weapons watchdog its stockpile of illegal toxins or face “appropriate action,” the OPCW executive council agreed Thursday.

An investigative team of the Organisation for the Prohibition of Chemical Weapons concluded in April that the Syrian government used sarin and chlorine in aerial attacks on the town of Ltamenah in March 2017, hurting dozens of people.

The OPCW’s 41-member executive council requested in its decision that Syria “declare to the Secretariat all of the chemical weapons it currently possesses… as well as chemical weapons production facilities and other related facilities.”

It is also expected to declare facilities where the chemical weapons used in the attacks on March 24, 25, and 30 in 2017 were developed, produced, stockpiled and stored for delivery.

If Syria fails to “redress the situation,” the council warned it will recommend action against it at the next annual conference of all 193 member states, scheduled from November 30 to December 4.

Syria has repeatedly denied using chemical weapons after having them destroyed as part of a Russia-brokered agreement with OPCW in 2013. The government accuses militants of staging chemical attacks, used by Western powers to justify strikes on its territory in 2018.