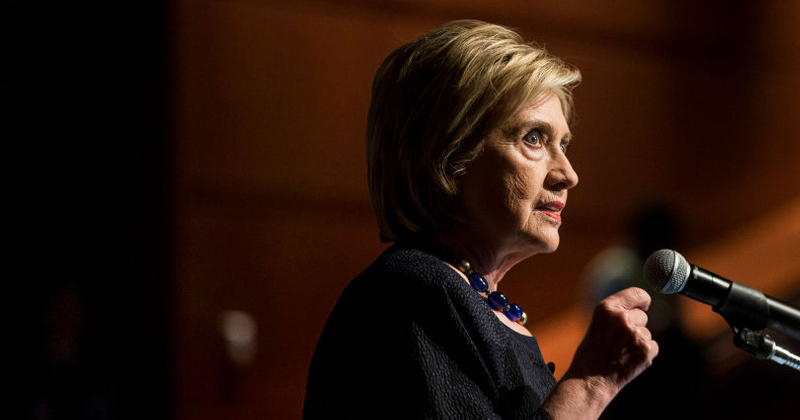 Hillary Clinton is now claiming she is the victim of a “witch hunt,” co-opting a term frequently used by President Trump in reference to partisan investigations against him.

In an interview with leftist media outlet Now This, Clinton attempted to flip the script on Trump by claiming his calls to investigate her deleted emails was the “real” witch hunt.

‘It’s a witch hunt and it’s a real one.’ — @HillaryClinton explained how Trump’s new probe into her emails is a diversion tactic in this exclusive interview with NowThis pic.twitter.com/jntN7NxPy4

“It’s a witch hunt. It’s a real one, unlike the kind of things Trump talks about,” Clinton said.

“It is meant to raise the specter about my emails, which were investigated endlessly,” Hillary claimed, crediting Trump for being “crazy like a fox.”

“If the Republicans and Trump and his supporters in the media can muddy the waters and raise all kinds of crazy conspiracy theories, then maybe people won’t pay attention to the danger he poses to our country,” she claimed.

In 2016, FBI Director James Comey announced an investigation into the emails found that Clinton and her colleagues had mishandled highly classified information in an “extremely careless” way, however he made no recommendation to the Justice Department to pursue charges stating that “no reasonable prosecutor would bring such a case.”

While Clinton would rather put her emails in the rearview mirror, the Trump administration is still actively conducting an ongoing investigation into State Department officials who sent emails to Clinton’s private server, emails which have retroactively been deemed classified “and now constitute potential security violations,” according to the Washington Post.

Trump has frequently used the term “witch hunt” to refer to the now-defunct FBI probe investigating whether his campaign colluded with Russia to win the 2016 election.

As other Democrat candidates continue to fall by the wayside and fail their litmus tests, Hillary is waiting in the wings hoping for a dark horse candidacy.

Is it possible that Hillary is thinking of jumping in? It may be the only card she has if the real perpetrators behind the Russian collusion delusion face the music.