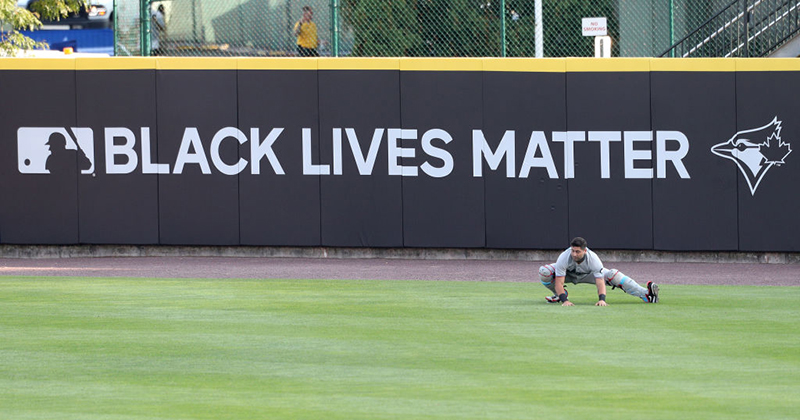 Efforts by corporations to kowtow to the woke crowd may avail little because few Americans see sincerity in the anti-racism messages pouring out of PR departments amid Black Lives Matter protests, a poll has revealed.

Only 19 percent of Americans believe genuine concern over the treatment of black people in the US was a major contributing factor behind companies speaking out about race, according to a Pew Research Center poll released on Wednesday. Just 14 percent of Republicans and 22 percent of Democrats considered the motivations to be genuine.

There were significant variations by the race of respondents – for instance, 30 percent of blacks thought companies were acting on genuine concern, versus 14 percent of whites – but all groups largely found the statements to be motivated by outside pressure. Some 69 percent of those polled cited outside pressure as the key motivating factor, including 75 percent of Republicans and 65 percent of Democrats.

BLM is at it again as they continue to prove they are a domestic terror group.

Pressure on Corporate America to support BLM mushroomed as protesters took to the streets following the May 25 death of Minneapolis black man George Floyd in police custody. Companies such as CVS, Chick-fill-A, and Goya were put on an “anti-black list” for exhibiting “anti-black behavior.” In the case of drugstore chain CVS, that behavior was donating money to political organizations that support President Donald Trump.

Companies such as Airbnb, Grubhub, Microsoft and Cisco were praised for being supportive of the BLM cause. Much of that support took the form of cash donations to BLM and related groups. Others made multi-faceted pledges. Microsoft, for instance, committed more than $1 billion altogether, including internal diversity and inclusion programs, grants to black-owned business partners, and donations to groups that serve black communities. The company also pledged to double its number of black employees in senior positions by 2025.