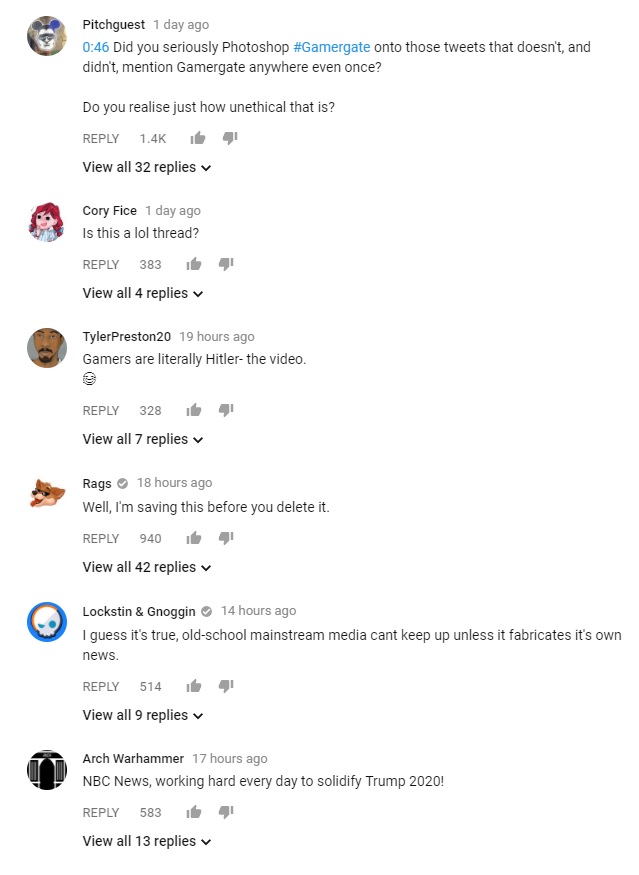 NBC’s Melanie Bencosme produced a segment on Monday titled, “How Gamers Are Facilitating The Rise Of The Alt-Right,” which is getting a wee bit of backlash.

At the time of publication, the video has only 115 upvotes compared to over 5,000 downvotes on YouTube.

NBC’s Bencosme’s piece starts by lying about Gamergate, which she says was a movement to “harass and intimidate female journalists, under the guise of fairness in video game journalism,” and ends by saying James Alex Fields Jr. was a video gamer.

The in between is a series of photoshopped tweets with #Gamergate tagged onto them and a discussion with “PhD candidate” Emma Vossen on how gaming culture has “always been racist” and “always been sexist.”

Here’s a sampling of the top comments before they’re deleted: 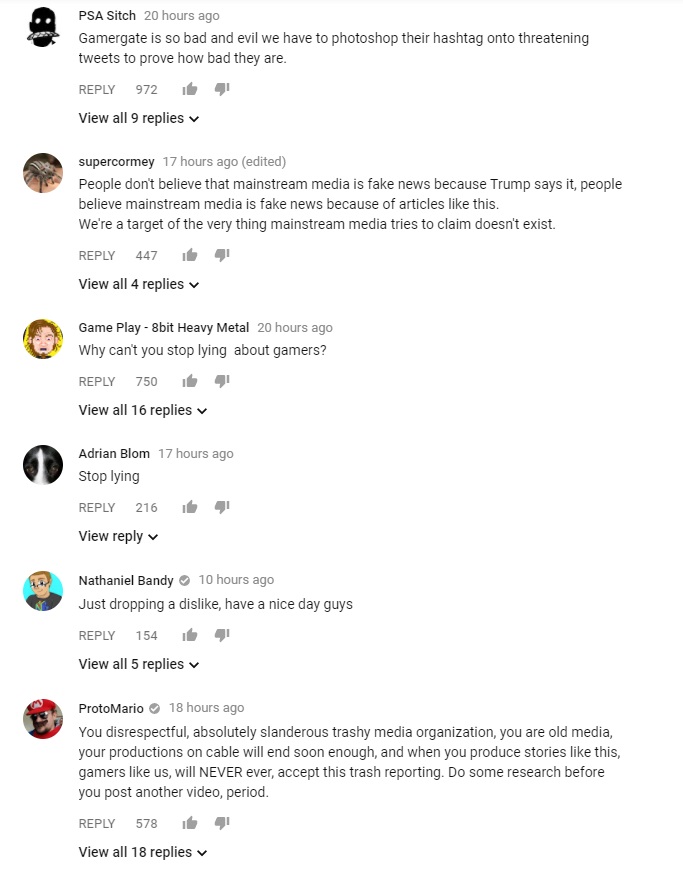