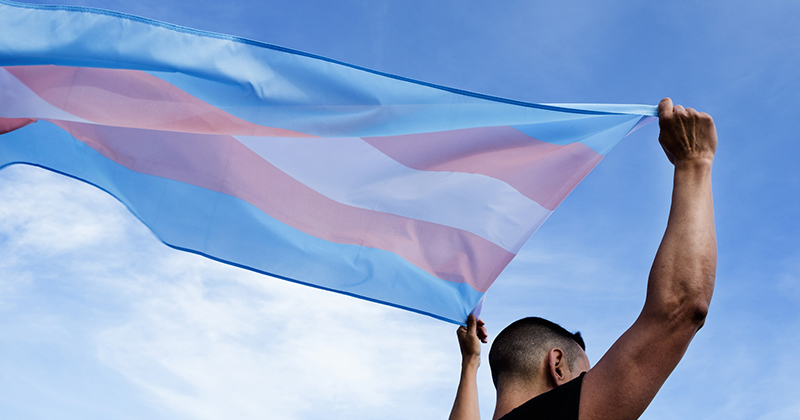 A United Kingdom cervical cancer charity sent a message of support to the transgender community on Twitter, denouncing the hashgtag #OnlyFemalesGetCervicalCancer, and advising the community that anybody with a cervix was welcome to support, regardless of gender identity.

Jo’s Cervical Cancer Trust wrote their tweet to clarify their position after the #OnlyFemalesGetCervicalCancer hashtag appeared and began trending on Twitter, polarizing debate over biology versus gender identity.

In a tweet, the charity wrote “We’re aware a hashtag is trending that raises the issue of gender identity and cervical health. At Jo’s we want to ensure everyone with a cervix has access to the information and support they need to attend #CervicalScreening, regardless of their gender identity.”

The tweet itself further confounded many social media users. Some were particularly miffed by the message as there concerns rested with vulnerable, disaffected biological women.

Owen shows a shocking a clip from a Spanish show!

“Many of the most vulnerable women in our society and globally are those who will not understand that ‘everyone with a cervix’ applies to them. Congratulations on being so inclusive that your brains fell out,” one person commented.

Another person joked, “Where can people buy a cervix? Are they available online, or do you have to buy in person from a licensed retailer? Is it possible to buy a reconditioned one, or are they only sold new? Do they come with a warranty, and for how long? Is the install DIY or pro only?”

In an article titled “UK’s biggest cervical cancer charity shuts down disgustingly transphobic lie that ‘only females get cervical cancer’” the publication condemned the Twitter campaign that was deemed as not inclusive of transgender and non-binary owners of cervixes, noting that female-to-male transgendered men and nonbinary individuals can both have a cervix.

The original hashtag was used to draw attention to the prevalence of the disease, and does not appear to have been used by all campaigners to silence the transgendered community.

While another person wrote, “So apparently TERFs started #OnlyFemalesGetCervicalCancer because an intersex person spoke up about their cervical cancer, objected to being called female and immediately copped harrassment [sic] for it, and then one of their harrassers [sic] got banned. So TERFs then made that hashtag.”

National File previously reported on how biological men were reportedly invited to take part in cervical cancer “smear” tests–despite not possessing a cervix.

A Canadian cancer charity used a clearly biological male, transgender woman as a photo for their page on cervical cancer.