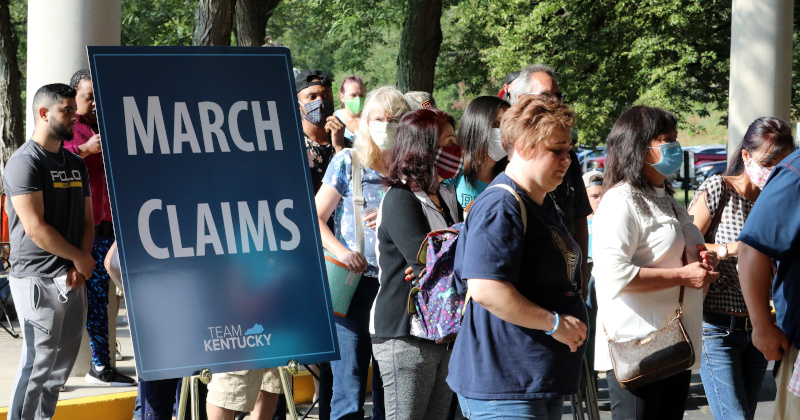 President Donald Trump signed a proclamation Monday to suspend the issuance of a number of temporary worker visas through 2020. The proclamation aims to prioritize American workers, given the recent economic contraction spurred by the COVID-19 outbreak.

Multiple universities were quick to denounce the proclamation, claiming it would stymie research and negatively impact the U.S. economy. The proclamation does recognize the contributions of foreign workers to the U.S. economy, but asserts that “under the extraordinary circumstances of the economic contraction resulting from the COVID-19 outbreak, certain nonimmigrant visa programs authorizing such employment pose an unusual threat to the employment of American workers.”

The Office of the President at Rockefeller University claimed in a statement released Tuesday to all university employees, that the proclamation is “ill-conceived,” “unnecessary,” and “a self-inflicted wound to the country that serves no useful purpose.”

These claims come as the U.S. unemployment rate sits at around 13 percent, up 9.8 percentage points since February. The primary purpose of the proclamation is to avoid “persistently high unemployment” by ensuring that the “labor supply” does not outpace “labor demand.”

In a recent statement, Vanderbilt University lamented the fact that the suspension would limit “the ability of America’s top research universities to recruit the world’s best and brightest.” Claiming that “international scholars play a critical role in the deep interdisciplinary collaboration, diversity of perspectives and backgrounds, and the free exchange of ideas that are the hallmarks of groundbreaking discoveries and innovation.”

Vanderbilt University subsequently stated that it “will continue advocating against these types of policies.” While the short term inability of universities to recruit foreign faculty and students is a byproduct of the president’s policy, the primary stated purpose of the policy is to promote the needs of Americans and U.S. residents over those of foreign nationals.

Rockefeller University expressed similar concerns, stating “it is hard to imagine an executive order that is both so unnecessary and that has more potential to damage one of this country’s greatest sources of innovation and economic strength.”

But Center for Immigration Studies Executive Director Mark Krikorian told Campus Reform that the recent proclamation will likely not impact scholars, but rather “cheap white-collar labor.”

“The United States has indeed benefited from attracting some of the most accomplished scholars and researchers from around the world. That should continue. But the visa programs temporarily suspended by President Trump’s recent proclamation are mainly used to import cheap white-collar labor, not the world’s ‘best and brightest,’” said Krikorian.

“Disney’s replacement of its American IT staff with H-1Bs — whom the fired Americans were forced to train as a condition of receiving severance — is just one example among hundreds of the harm this visa program has done to American workers,” Krikorian added. “The temporary pause offers an opportunity to reevaluate and reform our visa programs, so we can preserve their benefits and reduce the harms they inflict.”

Rockefeller University further claimed that the “order will impede the critical work underway to develop new treatments to alleviate the global COVID-19 pandemic,” despite the fact that the proclamation exempts aliens who “are involved with the provision of medical research at United States facilities to help the United States combat COVID-19” and “whose entry would be in the national interest.”

Michigan State University President Samuel Stanley issued a statement Wednesday claiming, similar to Rockefeller University, that the proclamation “harm[s] the nation’s economic competitiveness.” Though, the proclamation does allow visas to be given to individuals who are “necessary to facilitate the immediate and continued economic recovery of the United States.”

MSU’s President continued, complaining that the proclamation would hinder the university’s ability to recruit international students.

Stanley lamented not being able to bring in the “best and brightest” students, seemingly placing those concerns over the proclamations’ purpose of reducing “some of the most extreme unemployment ever recorded by the Bureau of Labor Statistics.”

University of Wisconsin-Madison Chancellor Rebecca Blank also issued a statement, saying that the executive order “will seriously damage the innovation that drives U.S. economic growth…International education and exchange has long been one of our nation’s greatest foreign policy assets, contributing to mutual understanding and building life-long relationships that benefit our country over time. The university will continue to advocate in support of these programs, including through national higher education organizations.”

UW-Madison appears to suggest that the nation’s public health could be affected by the order, despite the exemption.

“UW–Madison currently has about 260 H-1B employees and about 610 J-1 scholars. They work in critical areas, including health and research, and their expertise cannot readily be replaced. It is important to maintain access to these visas so this work can continue,” the statement said.

Rockefeller, Vanderbilt, MSU, and UW-Madison did not respond to requests for comment in time for publication.