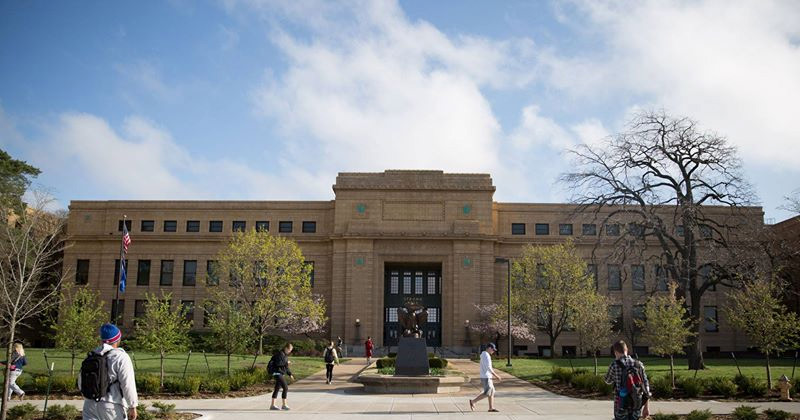 A governing body made up of students at the University of Kansas has voted to eliminate their use of gender specific pronouns, stating the terms pose “microaggressions” towards people who don’t fit traditional gender roles.

Last Wednesday, the KU Student Senate, in a 2/3 majority vote, passed a bill altering the Senate’s official Rules & Regulations which would require senators to use “inclusive” terminology, such as “they them or their,” as opposed to “his,” “her,” “he,” or “she.”

A bill requiring senators to use gender-neutral pronouns when writing legislation passed with a 2/3 majority.

“This is a key first step in making our campus more inclusive,” said Harrison Baker, the student senator who authored the bill. “Hopefully this will be a catalyst to create discussions on campus and cause change to happen elsewhere.”

The elimination of gender pronouns, the bill claims, is “to increase the inclusivity of Student Senate and prevent the microaggressions gender pronouns pose to individuals who don’t use them.”

Critics say the student body has little evidence to back up the claim that gender pronouns produce microaggressions.

“What evidence is there to demonstrate that gender-specific pronouns contain these so-called microaggressions?” writes the campus paper The Baylor Lariat. “Even if these words can be seen as hurtful, Baker himself is not sure this initiative from the student senate will do anything to move the school closer to its goal of inclusion.”

Keeping with the spirit of social justice, the University of Kansas has already designated a “safe space” for LGBT students and “allies,” and has moved to install gender-neutral restrooms.

The student government’s move to eliminate gender nouns comes after the National Science Foundation spent $125,000 at KU last year studying how adjectives could be perceived as racist or sexist.

The hot button issue of political correctness on college campuses reached new heights earlier today when the president of the University of Missouri, Tim Wolfe, resigned following vague accusations that he ignored racial issues at the school.

A coalition of student activists along with members of the University of Missouri football team, had clamored for the ouster of the president, issuing a list of demands, one of which insisted Wolfe “acknowledge his white male privilege.”

Not to be outdone, the University of Wisconsin-Milwaukee last month moved to deem the term “political correctness” politically incorrect, labeling it an offensive phrase which could pose microaggressions.