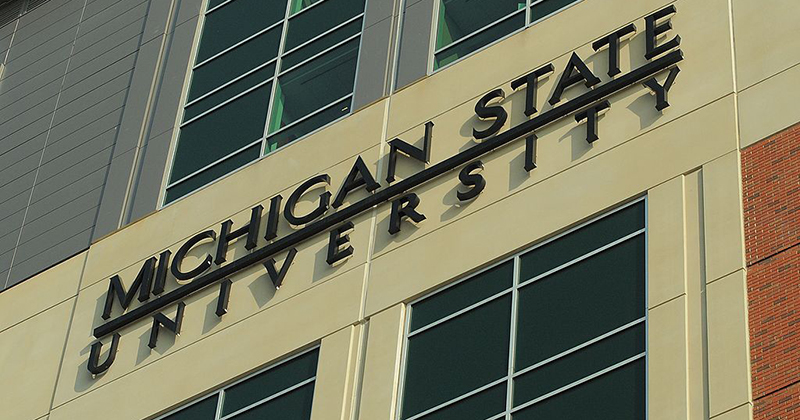 Physicist Stephen Hsu was forced to resign from his position as vice president of Research and Innovation after being hounded by a Twitter mob for using facts to counter their claims that police are systemically racist.

Hsu interviewed MSU Psychology professor Joe Cesario last month, who has found from extensive research that “the race of the officer doesn’t matter when it comes to predicting whether black or white citizens are shot.”

Cesario’s study concluded that “contrary to activist claims and media reports, there is no widespread racial bias in police shootings.”

After the study was cited in a June 3 Wall Street Journal op-ed called “The Myth of Systemic Police Racism”, The MSU Graduate Employees Union slammed Hsu for bring attention to the research, charging that it  does “not alight with public statements issued by MSU.”

GEU Vice President Acacia Ackles commented that “It is the union’s position that an administrator sharing such views is in opposition to MSU’s statements released supporting the protests and their root cause and aim.”

Hsu announced on his blog  “The GEU alleged that I am a racist because I interviewed MSU Psychology professor Joe Cesario, who studies police shootings.”

“Cesario’s work…is essential to understanding deadly force and how to improve policing,” Hsu urged, adding that he has also come under fire for bringing light to research into genetic differences of races.

Alex Jones exposes the true racism and what is behind the rise in racially charged violence in America.

The GEU created a “Fire Stephen Hsu” petition demanding the researcher be fired from MSU, claiming that “The concerns expressed by the Graduate Employees Union and other individuals familiar with Hsu indicates an individual that cannot uphold our University Mission or our commitment to Diversity, Equity, and Inclusion.”

“This started as a twitter mob attack, with very serious claims: that I am a Racist, Sexist, Eugenicist, etc.” Hsu wrote.

While the original petition garnered over 800 signatures, a counter petition defending Hsu quickly reached more than double that and more with 2,000 signatures.

“Over just a few days, 1700+ individuals from around the world signed the support petition… Among the signatories are hundreds of professors from MSU and around the world, and an even larger number of PhD degree holders,” Hsu noted.

The counter petition stated “there is zero concrete evidence that Hsu has performed his duties as VP in an unfair or biased manner. Therefore, removing Hsu from his post as VP would be to capitulate to rumor and character assassination.”

“The voices demanding Hsu’s removal are exactly wrong in pitting diversity and inclusion against free inquiry and freedom of speech.” it continued, concluding that “true diversity flourishes best under conditions of free inquiry.”

The mob won out, however, with MSU asking Hsu to resign on June 19th.

“I do not agree with his decision, as serious issues of Academic Freedom and Freedom of Inquiry are at stake. I fear for the reputation of Michigan State University.” Hsu wrote after he was forced out.

MSU President Samuel Stanley threw Hsu under the bus, stating that  “When senior administrators at MSU choose to speak out on any issue, they are viewed as speaking for the university as a whole. Their statements should not leave any room for doubt about their, or our, commitment to the success of faculty, staff and students.”

Hsu is not the only scholar to be hounded by the woke mob recently.  At Loyola University New Orleans, students have demanded the firing of professor Walter Block over his opinions on slavery, even though he vehemently opposes it.

These cases perfectly illustrates how the woke mob don’t really care about freedom of expression or diversity of opinion. You may hold morally sound beliefs but still be targeted for cancellation because you do not have the exact same opinions as they do, or highlight facts that bring their dogma into question.