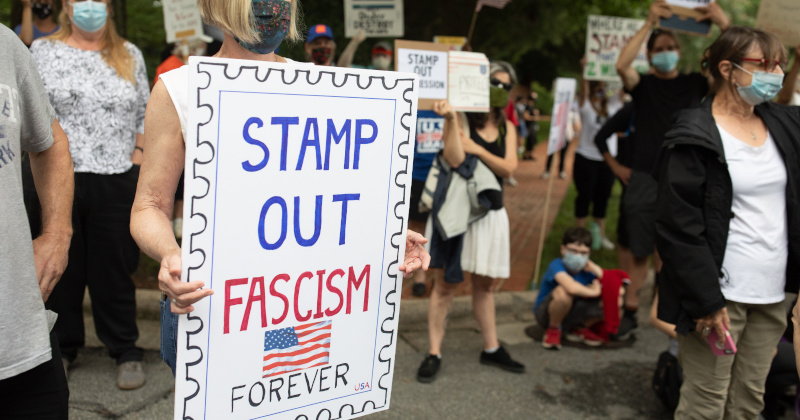 With the left in a collective fit over a conspiracy theory that President Trump is about to steal the election by crippling the US Postal Service, Twitter user @AGHamilton29 has provided a cogent analysis unpacking the latest leftist miasma dominating the news cycle.

Let me make this simple: The idea that Trump is using the USPS to steal the election is a baseless conspiracy theory. There is no evidence to support it.

Let's go through the actual topics, all of which are being confused to create a state of misinformation and fear.

1) Dems are pushing for universal mail-in election. Republicans oppose this and say it creates a possibility for fraud. There is a reasonable compromise, such as what is planned in KY, that would allow absentee ballots for all who want one, early voting, & election day voting.

2) The USPS has been in terrible financial shape for years. It is consistently losing money. Dems want to bail it out. Republicans want it reformed. There is not an immediate fiscal danger as current funding is sufficient through 2021.

2A) The treasury has offered the USPS an additional 10 Billion loan as of the end of July if needed. That loan does come with some strings for reforms, but it does not look like it is needed for immediate operation until late in 2021.

3) Trump did go on tv and say he opposes the bailout of USPS, and specifically cited his opposition to universal mail voting (which he says helps Dems) as the reason. As pointed out in 2, This has been used to suggest he is using USPS to undermine the election.

3A) However, as pointed out in 2, there is no immediate funding issue that would hinder the USPS from supporting the election.

Funding is not the problem with a massive wave of mail-based voting, deadlines and timing are.

4) The USPS has done a bunch of regular actions that are now being cited as irregular by people who don’t know better. One example is the removal and moving of pick-up mailboxes from low-traffic areas. USPS has agreed to pause it anyways to avoid the controversy now.

5) As the USPS is an organization with serious fiscal issues and due to COVID-19 impact, they are undergoing delays in shipping and structural changes/cuts in response. The union/activists oppose these and thus are trying to tie them to the election.

5A) Many of these actions have occurred before (replacing/eliminating sorting machines outside hubs). Every agency/group is taking cuts and reduced hours right now. There is no evidence those changes have anything to do with or would affect the election.

6) The real problem with the election is the regular deadlines are impossible to ensure with USPS shipping times. Some states allow ballot requests 4 days before the election! That’s why USPS sent out letters to states warning them of need for changes in timing to protect votes.

In conclusion, this is going to be one of the most logistically difficult elections in history.

Mail-in voting creates real problems and concerns. There are solutions that require compromise.

None of that supports the partisan conspiracy mentioned at the beginning.

I went to the #PostOffice this morning and it was closed! What has @realDonaldTrump done? This is criminal! pic.twitter.com/VTmjvl8d3L

The problem with melting down the American public sphere into a conspiracist sludge is there's no such thing as "unmelting" something, and so now we're in an enormous amount of trouble, & people are posting iconography of Leviathan mailboxes that will unite the body politic. pic.twitter.com/emSVtmLRr2