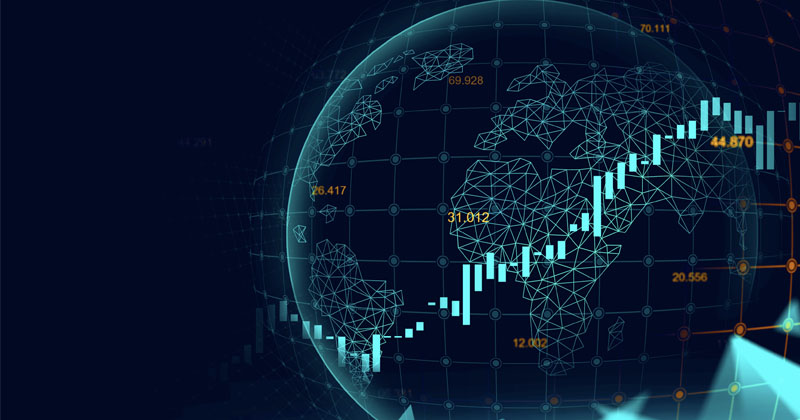 COVID-19 is expected to produce a global recession depression as nearly all of the world’s major economies have ground to a halt between February and March, expected to continue through April.

The crash in China’s economic activity, shown last month, suggests that Europe and the US will face similar outcomes. There is some concern that the longest economic expansion on record will end this quarter as the global economy has been battered by bat soup.

As the fast-spreading virus terrorizes the US, China, Italy, Spain, Germany, France, Iran, the UK, Switzerland, South Korea, and other countries, more than 537,000 confirmed cases had been recorded across the world, with 24,100 deaths.

Governments have had no other choice than to order a complete shutdown of their respected economies to flatten the curve and slowdown infections. As World Trade Organization (WTO) Chief Economist Robert Koopman told Bloomberg, mass quarantines and shuttering of businesses has resulted in a plunge in world trade — “could be seen as a war-like scenario without the physical asset destruction.”

Data from the world’s busiest ports in China showed containers were piling up with no place to go after supply chain disruptions were seen due to shutdowns in the country. There’s also been a significant decline in maritime activity from China to North America, China to the Mediterranean, and China to Europe as the virus crisis worsens in the Western Hemisphere.

In early March, we showed how supply chain disruptions from China started to wash ashore on US West Coast ports, especially collapsing containerized volumes at the Port of Long Beach. IHS Markit data compiled by Bloomberg shows US import and export volumes dramatically slowed in the weeks leading up to the shutdowns of US cities.

Former White House economist Phil Levy told Bloomberg that the US economy is expected to fall ‘very sharply’ over the second quarter, calling it an “unprecedented decline…because of the speed at which it is happening.”

“If we are already starting to match Great Recession statistics, that means we are on pace for the modern record,” said Levy, now the chief economist at freight logistics company Flexport.

And to sum up, so far, the global economy has likely crashed, as per JPMorgan’s chief US economist, Michael Feroli, who recently slashed his Q2 US GDP forecast to a staggering -14%

If Feroli’s forecast revision for the US is right, then the US is headed for an outright depression next quarter, if not already in one.

The US has now become the epicenter of the virus outbreak, surpassing the total number of confirmed Chinese cases on Thursday. However, there is reason to believe that India could see a surge in cases and deaths in weeks ahead, as nearly one billion people have been forced into lockdown.

As for Europe — Italy, Spain, Germany, France, the UK, and Switzerland, have seen a surge in cases and deaths in the last month. The pandemic is disrupting not just supply but also demand, creating twin shocks, damaging all developed world, and many emerging markets.

The collapse in world trade is happening all at once, and very quickly – this is a once in a generation shock.

We’ll leave you with this question: Can central banks, unleashing MMT and helicopter money, save the world from a depression?