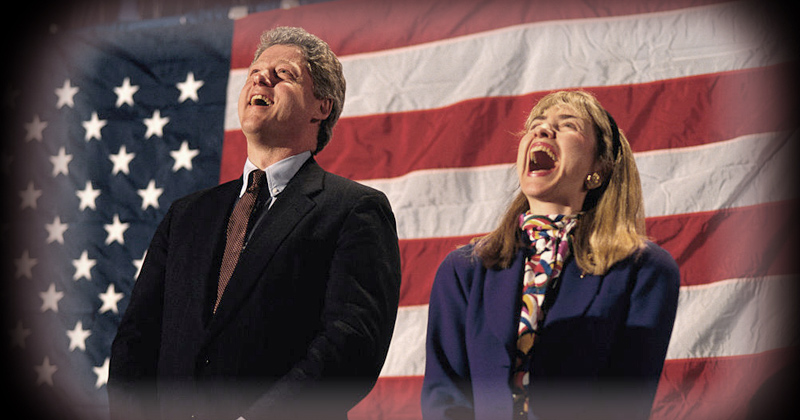 The story of Folarin Oreka Maiya, an African woman who was discharged by a Clinton Foundation offshoot in Nigeria for getting pregnant, has remained neglected for ten years. Wall Street analyst Charles Ortel has shed light on a rare case when the Clintons’ charity was actually brought to justice in Nigeria.

In mid-February, investigative journalist Michael Smith unearthed an episode that rubbishes the Clinton Foundation’s decades-long claim of being supportive towards women worldwide: the case of Nigerian national Mrs Folarin Oreka Maiya tells quite a different story.

Why Nigeria’s Legal System is Worth Its Salt

On 14 June 2010, Maiya, an employee of the Clinton Health Access Initiative (CHAIN) in Nigeria with an impeccable work record was sacked after informing her immediate supervisor that she was 12 weeks pregnant.

Perhaps, the story would have ended here, but Maiya wasn’t easily frightened. She filed a suit with the National Industrial Court of Nigeria in the Abuja Judicial Division which found that the woman’s rights to protection from discrimination and inhumane, malicious, oppressive, and degrading treatment were breached by the Clintons’ entity that discharged her due to her pregnancy.

The court decision contains a description of the litigation that clearly shows the Incorporated Trustees of CHAIN not only showed no regret over its decision to sack the pregnant woman but insisted that she was “only insinuating that her rights to human dignity and freedom from discrimination were breached”.

The defendant also tried to convince the judge that CHAIN is a separate legal entity distinct from the US-based CHAI and the William J Clinton Foundation Inc. However, after examining the facts the court came to the conclusion that CHAIN is a mere agent of the two other entities, which were well aware of what had been going on.

The judge eventually ruled in Mrs Folarin Oreka Maiya’s favour citing “gross violations” of her constitutional rights by the Clintons’ charity. Still, the Clinton Foundation failed to disclose this fact to the general public, and presumably did not brief the US and state government authorities on it while Hillary Clinton was serving as US secretary of state.

The case is especially interesting since it happened under the presidency of Barack Obama, the first African American to be elected to the office of president of the United States, with his wife Michelle known for decrying the kidnapping of Nigerian girls by Boko Haram extremists and campaigning against it in 2014.

Our prayers are with the missing Nigerian girls and their families. It's time to #BringBackOurGirls. -mo pic.twitter.com/glDKDotJRt

​The Obama Foundation did not respond to a request by a Sputnik journalist to comment on the Maiya vs The Incorporated Trustees of CHAIN case. Similarly, the William J Clinton Foundation Inc, Clinton Health Access Initiative, Chelsea Clinton, Bill and Melinda Gates Foundation, National Organisation for Women, Association for Women’s Rights in Development, International Alliance of Women, Women for Women International, and International Women’s Health Coalition – all those who claim to spearhead feminist values – did not provide any comment on the controversial 2010 episode.

The Clintons ‘Never Expected to Get Caught’

According to Charles Ortel, a Wall Street analyst and investigative journalist who has been looking into the Clinton Foundation’s alleged fraud for quite a while, the charity’s actions in this matter “need to be judged in the context of claims by Hillary and Chelsea Clinton to be ardent feminists and anti-racists“.

“I certainly have noticed no public explanations yet, whether by the entities, or by any member of the Clinton family, despite the latter’s propensity to speak frequently about examples of sexist and racist behaviour involving others, and especially should these examples redound to their political benefit”, he says.

When asked why CHAI decided to sack a pregnant woman in the first place, the analyst suggests it is likely that “the Nigerian team and bosses both at CHAI US and the parent Clinton Foundation did not wish to shoulder the substantial expense of paid maternity leave for a new employee, despite their supposed policy of offering this employee benefit as the person in question was recruited to join CHAIN”.

He further presumes that the likely scenario is the Clinton entities and Clinton family “never expected to get caught”.

“Now that the persistent fight for justice by the aggrieved employee has come to light, many tough questions need to be asked of the Clinton family and particularly of donors to the Clinton ‘charities’ from 2012 onward”, he says. “Did major foundations and governments that made substantial grants to any Clinton ‘charity’ from 2012 forward know the particulars of this case? Were trustees and directors in control of these entities, or were these entities simply the playthings of the Clinton family?”

Alex Jones begs the obvious question: why do Bill and Hillary hang with pervs?