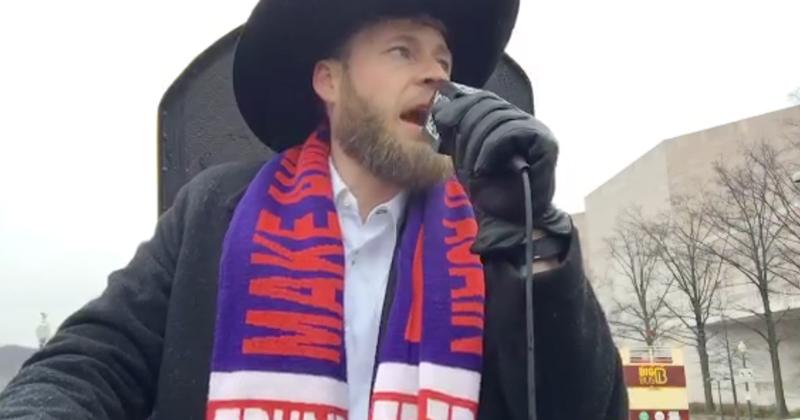 Infowars’ Owen Shroyer reports from Washington, D.C. to provide an update on his ongoing court battle as state prosecutors push to have him banned from Capitol Hill for interrupting Judiciary Committee Chairman Jerrold Nadler for less than a minute.

Update On Democrats Attempting To Ban Me From Capital https://t.co/xA0XSkmgJu

Also, check out Shroyer’s other reports on this case below:

Shroyer said it appeared state prosecutors in his first court appearance on Wednesday were being given orders from D.C. Democrats.

The same Democrats who had Capitol Hill police arrest Owen in December do nothing when left-wing activists protest.

The prosecutors wanted him banned from all capitol grounds and congressional offices and to be drug tested, which is odd because drugs have nothing to do with the matter at hand.

After Shroyer refused to comply with the prosecutors’ demands, the case was moved to a higher court with a different judge and different state prosecutor.

The second prosecutor also called for Owen to be banned from Capitol Hill and congressional offices, but the judge declared that to be a violation of his First Amendment rights.

However, the judge did place an order restricting Shroyer from filming or talking with people at Capitol Hill, essentially preventing him from doing his job.

Owen will be back in court next week.

BREAKING: Democrats Wants To Ban Me From Capital Grounds For Covering The Illegal Impeachment Of President Trump; Total Violation Of 1st Amendment pic.twitter.com/u98QgALZ7t

Infowars’ Owen Shroyer is set to arrive in court for “unlawful disruption of Congress,” after he interrupted Judiciary Committee Chairman Jerrold Nadler (D-NY) during the House’s impeachment proceedings against President Trump in December.

“I’m heading into court for calling the impeachment of President Donald Trump a scam. Wish me luck,” Shroyer wrote on Twitter.

I’m heading into court for calling the impeachment of President Donald Trump a scam.