A rogue vehicle barreled into the pathway of President Trump’s motorcade in Springfield, Missouri on Wednesday, breaching the security perimeter of a closed road.

While many are speculating on a possible assassination attempt, the driver cites brake failure as their defense.

Video of the incident has gone viral overnight, showing a sedan emerge from a wooded area along the street and careen into a drainage ditch at the exact moment the President’s armored “Beast” limousine passes through.

Infowars’ Owen Shroyer and Rob Dew immediately analyzed the footage and circumstances in detail in a live broadcast:

The driver of The Beast appears to quickly shift to an outside lane in the moments leading up to the vehicle’s entrance, and shortly after, a SUV filled with men in suits – presumably Secret Service agents – corral and approach the vehicle as the driver is seen holding her head. 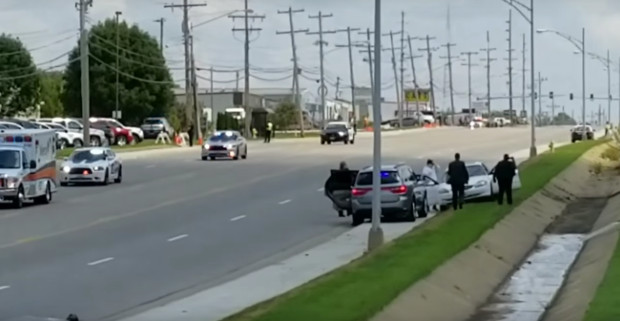 According to a report from a local outlet, no arrests were made, and the driver told police her brakes failed as she was exiting a nearby business.

“Springfield police said the woman’s brakes malfunctioned as she was coming out of the Bass Pro call center and warehouse on Kearney St.” reports Ozarks First. “Spokesperson Lisa Cox says the woman went over the embankment and ended up on the road.”

No intent of harm or disruption to motorcade.

An examination of the terrain provides additional context: 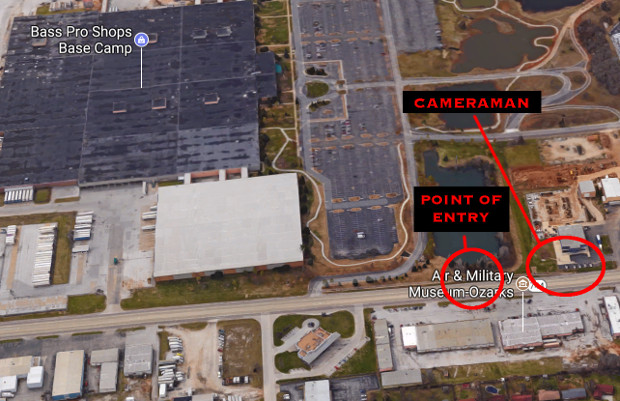 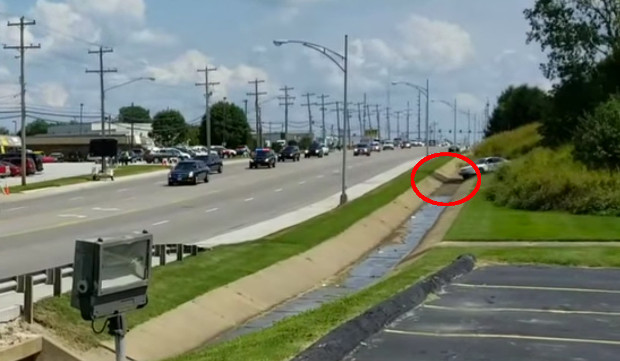 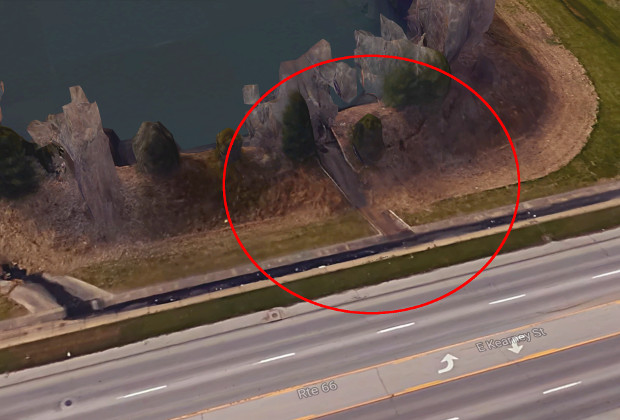 The incident prompted assassination fears as the mainstream media and deep state operatives continue to push the overthrow of President Trump.