Update: In a sign of solidarity for the First Amendment, the Drudge Report has linked directly to the Alex Jones Show so Alex can directly respond to the ban and what it really means for the Trump presidency: 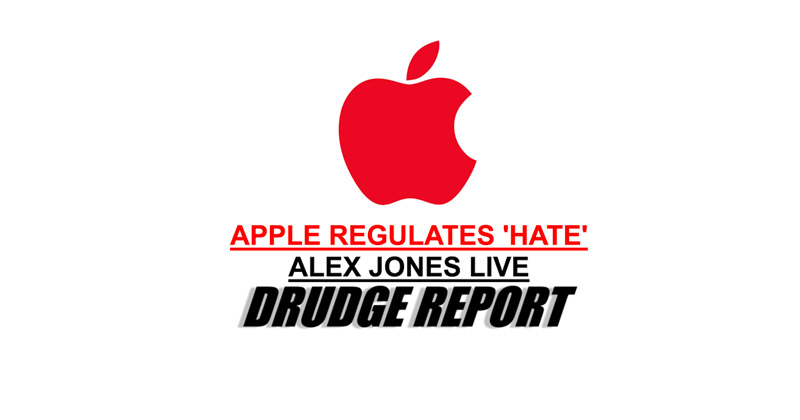 YouTube has outright banned The Alex Jones Channel not long after news broke that Google is building a censored search engine for China.

Interestingly, the ban – which comes on the same day that Facebook and others banned Infowars for unspecified instances of “hate speech” – comes right before the 2018 mid-term elections in which the establishment is trying to stifle President Trump’s agenda.

The channel, which had nearly 2.5 million subscribers according to YouTube, has been terminated:

It’s almost as if “Skynet” – an oft-used term to describe Big Tech and its “control freak nature” – is admitting defeat and is making last-ditch moves to stop competition to establishment-approved viewpoints.

In all honesty, social media has been “shadow banning” Infowars ever since the election of President Trump.

“Infowars is widely credited with having played a key role in electing Donald Trump. By banning Infowars, big tech is engaging in election meddling just three months before crucial mid-terms,” wrote Paul Joseph Watson. “With the Infowars ban, Apple, Facebook , Spotify & YouTube (Google) have all now ascribed themselves the power to remove people & outlets from their platforms based on their political opinions.”

“This power will be abused time and time again to meddle in elections.”

While claiming it’s banning Alex Jones over “hate speech,” Google has no problem building a censored search engine for China which scrubs results about human rights and religion.

“Google is planning to launch a censored version of its search engine in China that will blacklist websites and search terms about human rights, democracy, religion, and peaceful protest,” according to The Intercept. “The project – code-named Dragonfly – has been underway since spring of last year, and accelerated following a December 2017 meeting between Google’s CEO Sundar Pichai and a top Chinese government official, according to internal Google documents and people familiar with the plans.”