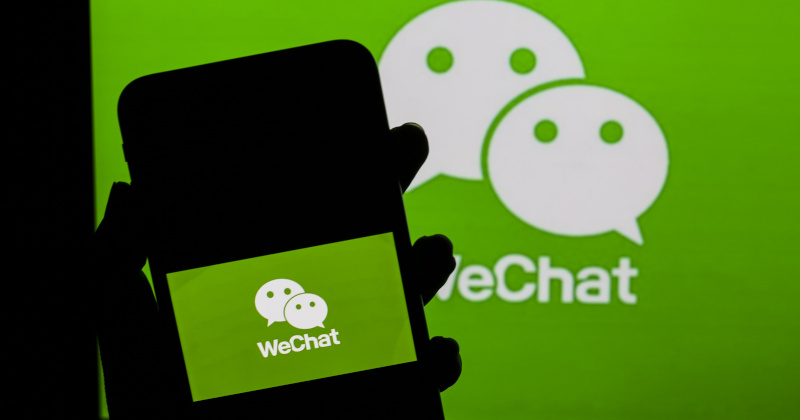 Update (1850ET): The SCMP is reporting that WeChat, a popular chat app developed and run by Chinese tech giant Tencent, will also be targeted by the Trump administration along with TikTok.

As the White House teased in a media trial balloon yesterday, the administration has just announced its latest initiative to hector Beijing, and the Chinese technology sector, as the Trump Administration ratchets up the retaliatory pressure in a burst of election-year fervor.

The Trump administration will announce measures shortly against “a broad array” of Chinese-owned software that pose a “national security risk”, according to Mike Pompeo, Trump’s Secretary of State.

Ever since President Trump said late Friday that a ban on the popular social media app TikTok was “imminent”, talks between ByteDance, the owner of TikTok and a separate app called “Douyin” – (equivalent to “TikTok” in English) which is similar to TikTok in many ways, but is a different app built to operate on the Chinese Internet – have apparently collapsed. Media reports claimed that, after being courted by a group of VC firms, ByteDance was in advanced talks to sell TikTok to Microsoft.

But those talks have apparently stalled. Treasury Secretary Steven Mnuchin said earlier that the app must either be “sold or blocked”, and it appears that Beijing has soured on the optics of appearing to kowtow to Trump just before the election – god forbid President Xi be accused of intervening on Trump’s behalf.

Pompeo signaled he expects a Trump announcement “shortly.” He added that Chinese software companies doing business in the US are working with Chinese State Security: “whether it’s TikTok or WeChat, there are countless more,” Pompeo said during an interview on Fox New’s “Sunday Morning Futures” program.

Trump “will take action in the coming days with respect to a broad array of national-security risks that are presented by software connected to the Chinese Communist Party,” Pompeo added.

From placing new restrictions and pressures on Huawei – including successfully pressing allies like the UK to walk back their earlier support for allowing Huawei parts to be incorporated into “non-core” parts of their 5G networks – as well as taking shots at foreign students studying in the US, among other things.