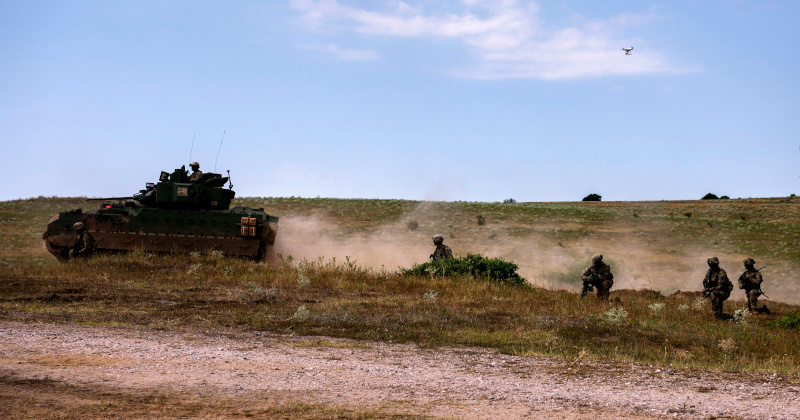 According to the U.S. Army Public Affairs, one of the most massive war drills across Europe is about to begin, called DEFENDER-Europe 20.

The war exercise is the largest in 25-years, will begin Thursday with over “37,000 U.S., allied and partner-nation service members are expected to participate, with roughly 20,000 soldiers and 20,000 pieces of equipment deploying from the United States,” the Army said.

More than ten different nations will be participating in the exercise with much of the action across Germany and Poland.

“Readiness is not only about having the right forces and capabilities in place throughout the theater, but it’s also about exercising our ability to quickly receive and integrate forces with our own and those of our allies and partners,” Lt. Gen. Christopher Cavoli, U.S. Army Europe commanding general, told Stars and Stripes in a statement. “This ability is critical in projecting force at a moment’s notice.”

During the Cold War, similar mobility exercises were seen as a preparation for a potential conflict with the Soviet Union. The drills allow U.S. and NATO allies to move combat troops and equipment across the European Union to quickly respond to a potential crisis.

Next year, 20,000 U.S. troops will go from forts in America to ports in Europe to take part in #Defender2020 – a signal of how committed the United States is to transatlantic security. pic.twitter.com/5X8GGNiTH5

The Pentagon has shifted its focus in the last five years from Middle East wars to large-scale conflicts between Russia and or China.

Maj. Gen. Jeffrey Kramer, who leads EUCOM exercise programs, said DEFENDER-Europe 20 is the most massive exercise since the Cold War.