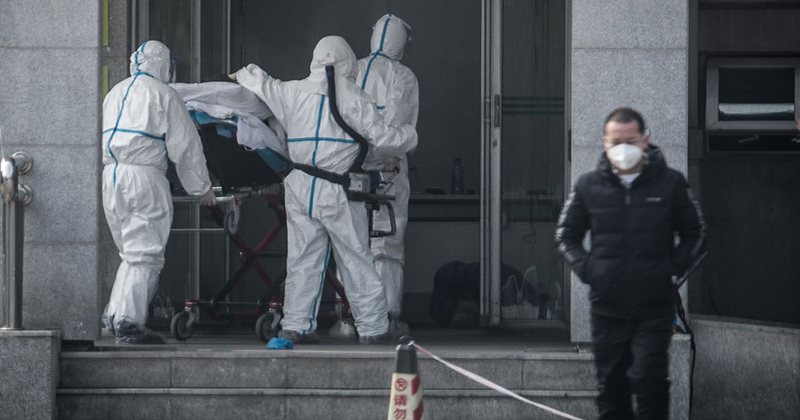 The US will begin screening airline passengers beginning Friday after a SARS-like pneumonia outbreak in central China has claimed a second life after a 69-year-old man died on Wednesday, according to the Straits Times.

“To further protect the health of the American public during the emergence of this novel coronavirus, CDC is beginning entry screening at three ports of entry,” said CDC official Martin Cetron, adding “We’re expecting that the screening over the next couple of weeks could include as many as 5000 people” starting Friday night.

The second death from the new coronavirus occurred at the Wuhan Jinyintan Hospital in the Hubei province. He had been ill approximately two weeks before experiencing multi-organ system failure, according to Bloomberg, citing a Thursday statement by the Wuhan Municipal Health Commission.

As of Friday, the city has reported 45 cases of the coronavirus, known as 2019-nCoV. According to the report, five patients are in critical condition, twelve have been cured and discharged, and two have died.

The latest report from Mike Adams

Authorities in Japan reported a case Thursday in a resident of Kanagawa prefecture aged in his 30s, who had spent time with an infected person in Wuhan. That’s the second time someone outside China was found to be infected with the novel coronavirus, which has captured international attention because of similarities with the one that sparked Severe Acute Respiratory Syndrome, or SARS, 17 years ago.

Unlike SARS, which killed almost 800 people, the new virus doesn’t appear to spread easily between people. Much remains to be understood about the new coronavirus, which was first identified in China earlier this month, the World Health Organization said in a statement Thursday in response to the case in Japan. –Bloomberg

It is unknown how the virus is spread, however it is believed to be concentrated among a Wuhan fish market which carries other meat as well.