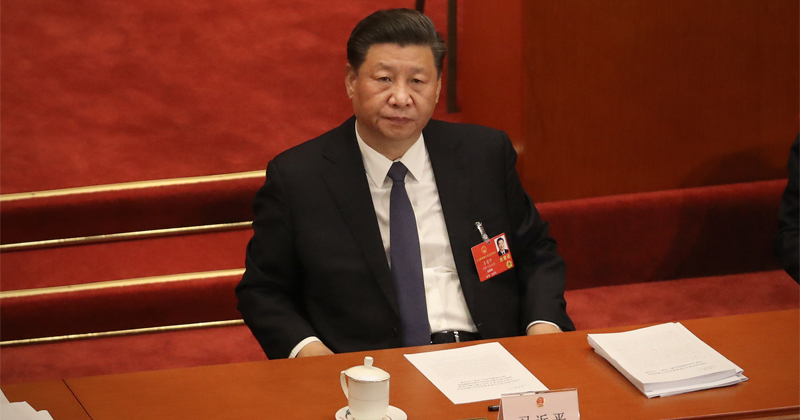 A separate department measure called for two dozen Chinese companies “with ties to Weapons of Mass Destruction” to be added to that list.

The Department of Commerce’s Bureau of Industry and Security announced Friday that the People’s Republic of China’s Ministry of Public Security’s Institute of Forensic Science and eight additional Chinese companies would be added to Entity List and face future trade restrictions.

According to the release, the decision came about after it was determined that the associated parties are “complicit in human rights violations and abuses committed in China’s campaign of repression, mass arbitrary detention, forced labor and high-technology surveillance against Uighurs, ethnic Kazakhs, and other members of Muslim minority groups in the Xinjiang Uighur Autonomous Region (XUAR).”

The economic black list calls for a number of restrictions on US items subject to the Export Administration Regulations (EAR), including added license requirements, for individuals or organizations believed to be associated with “activities contrary to the national security or foreign policy interests” of the US.

The forthcoming move is supplemental to the department’s original Entity List designations in October 2019 related the XUAR repression campaign in Xinjiang.

In a related move, the BIS also announced the addition of 24 governmental and commercial organizations were also added to the Entity List after it was determined they posed “a significant risk of supporting procurement of items for military end-use in China.”

The 24 parties flagged over their ties to Weapons of Mass Destruction are based out of China, Hong Kong and the Cayman Islands.

“The new additions to the Entity List demonstrate our commitment to preventing the use of U.S. commodities and technologies in activities that undermine our interests,” Secretary of Commerce Wilbur Ross said in the Friday news release.

Like the nine Chinese companies accused of complicity in human rights violations, these two dozen governmental and commercial organizations will be required to receive authorization from the US Department of Commerce to export, re-export or domestically transfer items subject to the EAR.

The added restrictions for Chinese entities associated with the repression of Muslim minority groups in the country comes months after the US Department of State announced visa restrictions against officials linked to the “highly repressive campaign.”

Over the past several months, numerous United Nations-affiliated countries have admonished China’s over its surveillance and mass detention of ethnic Uighurs. However, nations such as Belarus have come to China’s defense, saying China has been engaging in anti-terror and deradicalization efforts in the regions.

“Now safety and security have returned to Xinjiang and fundamental human rights of people of all ethnic groups there are safeguarded,” argued Belarus Ambassador to the UN Valentin Rybakov in October, as reported by Reuters. “We commend China’s remarkable achievements in the field of human rights.”

China has slammed the UN countries’ “baseless accusations” as a “gross interference in China’s internal affairs and deliberate provocation of confrontation at the United Nations.” Chinese Ambassador to the UN Zhang Jun also asserted that Washington specifically has a “hidden political agenda and ulterior motive” in its criticism of Beijing.