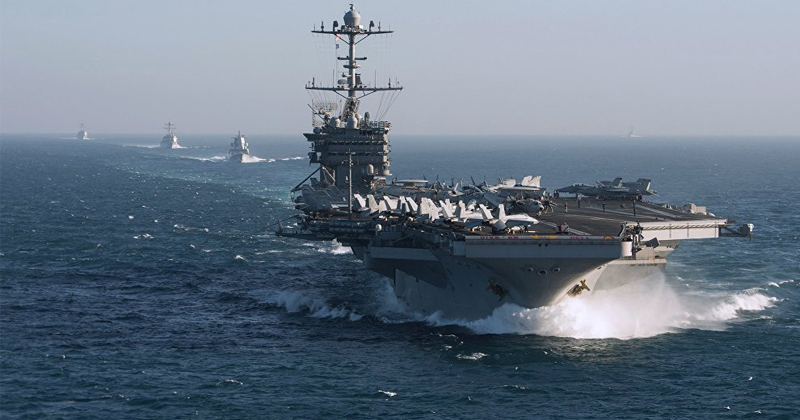 After several months of electrical maintenance, the US Navy has announced repairs on the aging USS Harry S. Truman have concluded, and the carrier is expected to make a return to the seas.

Earlier this week, the US Fleet Forces Command (USFF) issued a statement confirming the Truman has returned to “full functionality” and may shortly rejoin its carrier strike group to conduct operations.

According to the release, “engineering analysis, coupled with inspections aboard several aircraft carriers, show that this was a localized issue,” rather than one to be worried about across the entire Nimitz-class fleet.

“Returning HST to full functionality was a team effort with a tremendous amount of work and collaboration by [Naval Sea Systems Command (NAVSEA)], our industry partners, shipyard workers, and the crew of HST to overcome a very challenging technical issue,” NAVSEA Commander Vice Admiral Thomas Moore said in the statement, which was obtained by USNI News.

The USFF stressed that “every effort” is being made by the US Navy to ensure the aircraft carrier and its crew are ready to deploy – however, a target date was not announced.

Despite the carrier’s age and it being the source of “budget discussions in Washington, DC,” according to US Vice President Mike Pence, the Trump administration decided in April to forego cutting costs and reversed its previous decision to retire the Truman from service.

A few months later, it was announced the Truman would have to undergo emergency maintenance and analysis to repair the carrier’s electrical distribution system. Due to the Truman’s docking, the Navy was forced to get creative with the carrier’s surface action group (SAG) in September before deploying it to Iceland and then the Middle East.

At the time, US 2nd Fleet Commander Vice Adm. Andrew Lewis claimed that even though the group would have to deploy to “multiple regions” to make up for the carrier’s unavailability, “a full-up, very capable [SAG] is going off to do the nation’s bidding in this great power competition.”

Despite their delay in deployment, the Truman’s crew will not be required to undergo additional training, because their composite training unit exercise certification from September has not yet expired.

Truman’s readiness comes as the rest of the Navy’s East Coast-assigned aircraft carriers are still docked at Virginia’s Naval Station Norfolk for overhauls, refuelings and repairs. Last week, Cmdr. Sarah Higgins, the spokesperson for Navy Secretary Richard Spencer, revealed the service official has “met or spoken with companies from diverse sectors offering differing perspectives” – such as Carnival Cruise Line – on how to proceed with repairs and expedite maintenance.

The impeachment inquiry hearings are exposing how thin the Democrat arguments truly are.