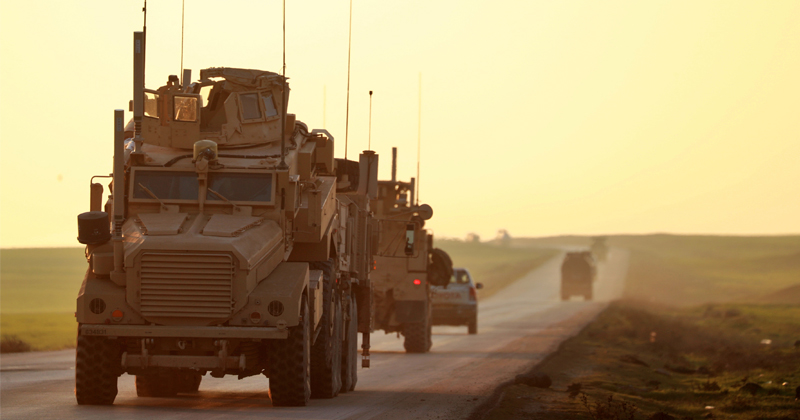 Last month, President Trump announced that the US would be withdrawing its troops from Syria over a period of several months

“Just to clarify, we do not — we do not intend to have an indefinite military presence in Syria. The president has made the decision that we will withdraw and we are formulating the plans to do that right now,” a senior State Department official said on Friday.

According to the US official, the country doesn’t have any specific timeline for the withdrawal of US troops from Syria.

Speaking further, the official noted that the US had no plans to facilitate the deployment of Arab forces to Syria.

“We explore a variety of options, but we do not have any plans right now to facilitate Arab forces going into Syria,” the official told reporters.

Pompeo will underscore the message that the United States is not leaving the Middle East during his upcoming trip to the region to meet with partners, the official continued.

“The Secretary’s trip to the region centers on two main themes: first the United States is not leaving the Middle East,” the official said. “Despite reports to the contrary, false narrative surrounding the Syria decision, we are not going anywhere. The Secretary will reinforce that commitment to the region and our partners.”

Pompeo will also underline the importance of maintaining key partnerships in the region in addressing issues concerning Syria and Afghanistan, another senior State Department official said.

On December 19, President Trump announced that the US would be withdrawing its troops from Syria over a period of several months. According to Trump, the US coalition’s mission, the defeat of Daesh (ISIS), had been secured.

Trump’s announcement prompted a series of high-profile resignations at the Pentagon and State Department, with Defence Secretary James Mattis announcing that he would step down at the end of next month.

Russian President Vladimir Putin was cautious regarding President Trump’s announcement, saying he “agreed” with him regarding Daesh’s defeat, but added that he wasn’t certain what a US withdrawal from Syria actually meant.