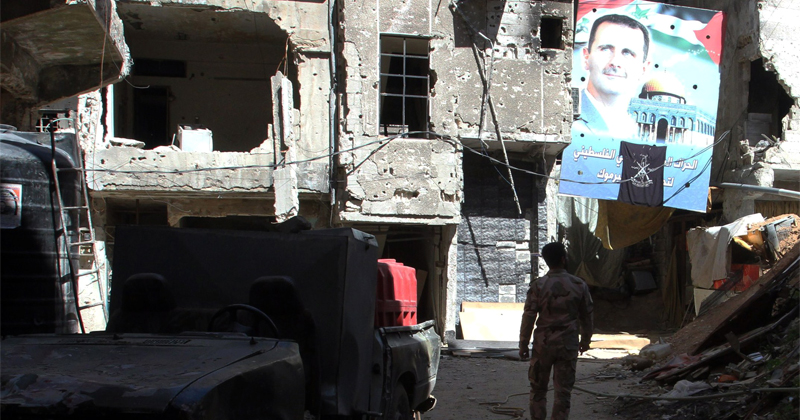 The United States does not demand that Syrian President Bashar Assad resign, but rather wants him to change his behavior, US Special Representative for Syria Engagement Ambassador James Jeffrey said on Monday.

The envoy added Washington is not advocating for the “regime change” in the Middle Eastern country, stressing that it is up to the Syrian people to choose who will lead their country.

On US Troop Withdrawal From Syria

The issue of the United States withdrawing its troops from Syria is not on the table at present, Jeffrey said on Monday.

“The President in his own way is talking about withdrawals, for example, from Afghanistan and made clear that we will eventually withdraw from Syria. Nothing is on the table right now,” Jeffrey said.
The US Special representative noted that the United States has not left northeast Syria and more specifically has not left At Tanf.

Russia has been assisting Syria’s efforts to fight terrorism and help restore the country per the request of the Syrian government of President Bashar Assad.

The United States presence has not been approved by the Syrian government nor by the UN Security Council.

The United States will pledge significant amount of money to Syria at EU pledging conference at the end of June, but we will maintain the sanctions regime it has imposed on the country, US Special Representative for Syria Engagement Ambassador James Jeffrey said on Monday.

“The Caesar Act has very strong humanitarian provisions that require us in the US government to explain to Congress and ensure in our actual sanctions targeting that we do not undercut the humanitarian efforts underway,” Jeffrey said. “The United States, however, will be pledging a significant at the EU pledging conference for humanitarian aid at the end of this month.”
Jeffrey noted that the United States has pledged more than $10.6 billion and is the biggest humanitarian contributor.

“That will not stop… but we will continue the sanctions,” he said, adding that the United States will also continue to impose secondary sanctions.
On Wednesday, US Secretary of State Mike Pompeo unveiled the 39 new Syria sanctions designations under the Caesar Act, targeting people and entities linked to President Assad and members of his family.

The Caesar Syria Civilian Protection Act was signed into law by US President Donald Trump in December and targets individuals or companies that cooperate financially with the Assad government.

On Wednesday, the Syrian Foreign Ministry said the country and its people will resist all US sanctions as stubbornly as they have resisted terrorism.