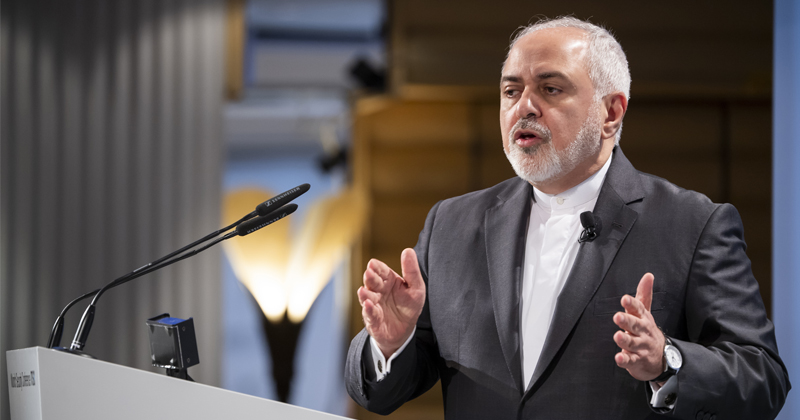 The US Treasury Department has placed sanctions on Iranian Foreign Minister Mohammad Javad Zarif, after threatening to do so for several months. Zarif is a vocal and public critic of American policy towards Iran.

The Treasury Department announced the sanctions on Wednesday, after declining to blacklist the outspoken diplomat earlier this month. The move comes at a critical time for US-Iran relations, with Washington currently putting together a multinational maritime mission to protect shipping traffic in the Persian Gulf and combat “Iranian aggression.”

“Javad Zarif implements the reckless agenda of Iran’s Supreme Leader, and is the regime’s primary spokesperson around the world,” Treasury Secretary Steven Mnuchin said on Wednesday. “The United States is sending a clear message to the Iranian regime that its recent behavior is completely unacceptable.”

Sanctioning Tehran’s top diplomat could permanently shut the door on a diplomatic resolution to the current standoff, and reinforce the Iranian government’s belief that the Americans “are not seeking dialogue,” as a Foreign Ministry spokesman in Tehran said on Monday.

Iran Preparing To Trigger Terror Sleeper Cells In The US

Alex explains that, because war with Iran may lead to terror attacks on U.S. soil, President Trump must make the right decision for the American people.

Indeed, a senior Trump administration official told Reuters that the US does not consider Zarif a primary point of contact for potential nuclear talks, and would like to speak to someone who is “a significant decision-maker” instead.

Diplomatic repercussions aside, the sanctions are unlikely to trouble Zarif, who said that he has “no property or interests outside of Iran” in the first place.

“Thank you for considering me such a huge threat to your agenda,” he tweeted.

The US' reason for designating me is that I am Iran's "primary spokesperson around the world"
Is the truth really that painful?
It has no effect on me or my family, as I have no property or interests outside of Iran.
Thank you for considering me such a huge threat to your agenda.

Washington has blamed Iran for a series of sabotage attacks on oil tankers in the region, and deployed an aircraft carrier and strategic bombers to the Persian Gulf in response. The recent announcement of a maritime mission followed Iran’s seizure of a British-flagged oil tanker in the Strait of Hormuz earlier this month.

Amid the standoff with Iran, US officials maintain that Washington is open and ready for dialogue, but not until the Islamic Republic fulfills a laundry list of demands. Tehran has also been saying that it is ready to negotiate, but only on an equal footing and without threats and ultimatums by the US.