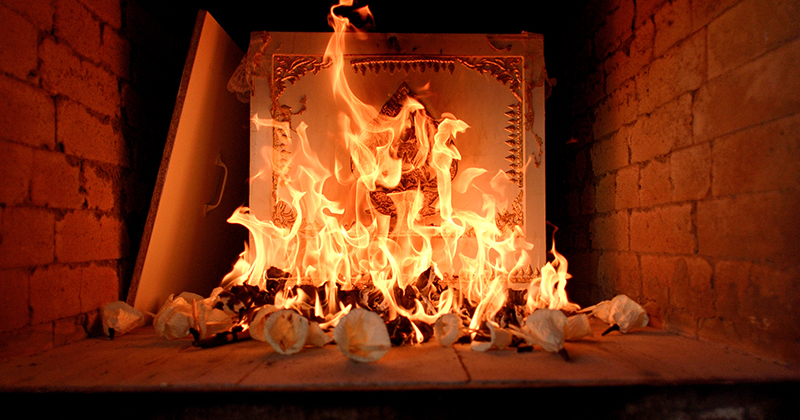 US intelligence officials believe that the true scale of China’s coronavirus outbreak is at least FIFTY times worse than the communist state is admitting to, and that 60,000 dead bodies per month could have been processed by the funeral homes in Wuhan.

Speaking with Fox News, a Trump administration official said that “PRC numbers as reported today seem to be arithmetically impossible.”

“Again, we don’t know the real numbers today, but we do know the about 80,000 infections and 4,000 deaths as reported by the Chinese Communist Party propaganda are not even remotely close,” the official added.

It is believed that US intelligence has in its possession satellite images showing funeral homes in Wuhan overwhelmed by dead bodies. Officials believe that incinerators have been in constant use for 24 hours a day since the outbreak began.

The intelligence sources have noted that in a two week period between March 23 and April 4, over 500 urns were delivered to Wuhan families every day, which equates roughly to one urn per minute.

US intelligence therefore calculates a conservative estimate of 45,500 corpses having been incinerated during this time.

The figure jives with estimates highlighted by The Washington Post earlier this month.

Harrison covers the disturbing story that just broke about a Ukrainian nursery that was selling babies to Chinese business men.

Intelligence officials have known for some time that China is lying about the true extent of cases and deaths inside its borders, calling CCP figures “fake”.

The UK government has removed China’s numbers from its coronavirus spread comparison list, because it is certain they have no relation to the truth.

A recent estimation of the true death toll, released by The American Enterprise Institute suggested that China must have had at least 2.9 million cases outside the Hubei province and that the total number of deaths is likely well over 100,000.

The study also noted that China is capable of hiding millions of deaths because of it’s size and population.

“Chinese respiratory illnesses of all kinds could easily exceed 100 million, hiding 2.9 million COVID-19 cases,” the report noted, concluding that “In a typical three-month period in ex-Hubei China before COVID-19, nearly 2.5 million people died. Even that many deaths would be easily obscured.”