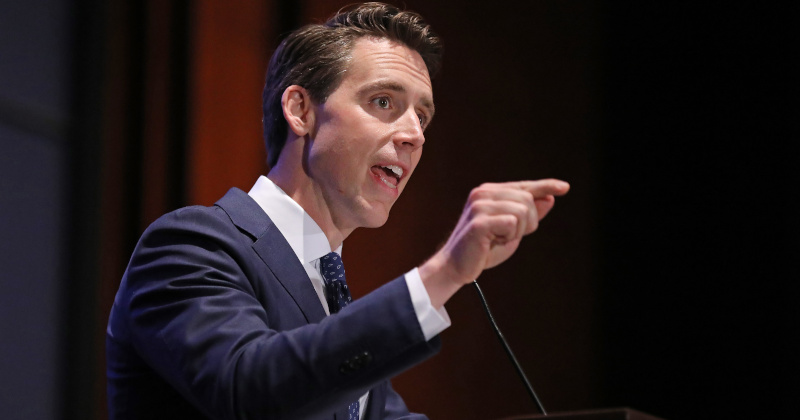 One Republican lawmaker called on Zuckerberg to sell off Instagram and WhatsApp.

Silicon Valley is now throwing its weight behind demonizing all gun owners as violent radicals.

Republican Senator Josh Hawley told reporters he met with Zuckerberg and “challenged him to show that Facebook is serious about bias, privacy and competition.”

The senator said he told Zuckerberg to sell WhatsApp and Instagram “to prove you’re serious about protecting data privacy,” adding that Zuckerberg told him “it wasn’t a good idea.”

Just finished meeting w @facebook CEO Mark Zuckerberg. Had a frank conversation. Challenged him to do two things to show FB is serious about bias, privacy & competition. 1) Sell WhatsApp & Instagram 2) Submit to independent, third-party audit on censorship. He said no to both

The messaging service WhatsApp and picture-sharing app Instagram are under Facebook’s umbrella of services, and are among around 70 companies that Facebook has acquired.

This has raised concern about its market power stifling competition and the company’s control over massive amounts of user data.

US federal and state antitrust agencies are exploring anti-competitive actions potentially committed by Facebook and members of Congress are debating privacy legislation that could limit companies like Facebook, Google, Amazon and Apple to collect and make money off users’ personal data.

Senate Democrat Mark Warner, who is leading a push in Washington for more digital legislation, told Fox Business Network that he was not ready to dismantle Facebook.

“But I do think we need a lot more transparency. We need to have privacy rights protected. We need to increase competition with things like data portability and interoperability,” he said.

Two months ago, the US Federal Trade Commission hit Facebook with a fine of a record $5 billion (€ 4.5 billion) for data protection violations over the Cambridge Analytica data scandal. The settlement called for new privacy controls and better oversight at the social network.

Zuckerberg also met with President Trump on Thursday who wrote on Twitter that the two had a “nice meeting.” No details were provided from the White House or Facebook on exactly what was discussed at the meeting.

Globalists and their Big Tech allies are attempting to bring about the destruction of humanity.