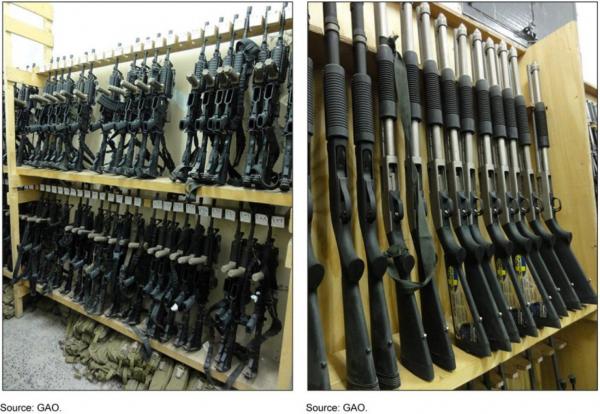 Nobody could have possibly foreseen that yet another US foreign diplomacy “success story” would turn out to be an epic disaster. Well, nobody, except for those who accurately predict thatevery US intervention abroad is now a staggering fiasco (for everyone involved except the US military-industrial complex of course). As for Yemen, the outcome was clear long ago:

And, naturally, after noting that “the employees said that more than 20 vehicles were taken by the fighters after the Americans departed from Sanaa’s airport” we asked how long until we have a “tabulation of losses to US taxpayers, just like the great Islamic State ‘robbery’ of hundreds of millions in US military equipment in Iraq?” That, of course, was another epic US intervention success story.

Anyway, thanks to WaPo we have an answer: according to Jeff Bezos’ recent media acquisition, “the Pentagon is unable to account for more than $500 million in U.S. military aid given to Yemen.”

Obviously, “can’t account for” means “has lost.” But while the US does not know where nearly half a billion in weapons can be found, it is more than informed who is the current owner: there are“fears that the weaponry, aircraft and equipment is at risk of being seized by Iranian-backed rebels or al-Qaeda, according to U.S. officials.”

And just like that, America’s now laughable, pathetic foreign policy has not only resulted in another US-supported administration to be exiled or worse, but is has directly armed the adversary. And to think it was only 6 months ago when the Teleprompter in Chief was praising the “Yemen success story.” From Obama’s Statement on ISIL as of September 10, 2014:

Now, it will take time to eradicate a cancer like ISIL.  And any time we take military action, there are risks involved –- especially to the servicemen and women who carry out these missions.  But I want the American people to understand how this effort will be different from the wars in Iraq and Afghanistan.  It will not involve American combat troops fighting on foreign soil.  This counterterrorism campaign will be waged through a steady, relentless effort to take out ISIL wherever they exist, using our air power and our support for partner forces on the ground.  This strategy of taking out terrorists who threaten us, while supporting partners on the front lines, is one that we have successfully pursued in Yemen and Somalia for years.  And it is consistent with the approach I outlined earlier this year:  to use force against anyone who threatens America’s core interests, but to mobilize partners wherever possible to address broader challenges to international order.

Some may find it odd then, that 6 months later this “strategy” has been flipped on its head, and the Obama administration is taking out its partners (in Yemen), while supporting the terrorists who threaten us.

But almost everyone will say this was obvious from day one.

Here is what else was obvious:

With Yemen in turmoil and its government splintering, the Defense Department has lost its ability to monitor the whereabouts of small arms, ammunition, night-vision goggles, patrol boats, vehicles and other supplies donated by the United States. The situation has grown worse since the United States closed its embassy in Sanaa, the capital, last month and withdrew many of its military advisers.

In recent weeks, members of Congress have held closed-door meetings with U.S. military officials to press for an accounting of the arms and equipment. Pentagon officials have said that they have little information to go on and that there is little they can do at this point to prevent the weapons and gear from falling into the wrong hands.

“We have to assume it’s completely compromised and gone,” said a legislative aide on Capitol Hill who spoke on the condition of anonymity because of the sensitivity of the matter.

Washington has supplied more than $500 million in military aid to Yemen since 2007 under an array of Defense Department and State Department programs. The Pentagon and CIA have provided additional assistance through classified programs, making it difficult to know exactly how much Yemen has received in total.

Below is a graphic representation of all the equipment that has been “misplaced.” 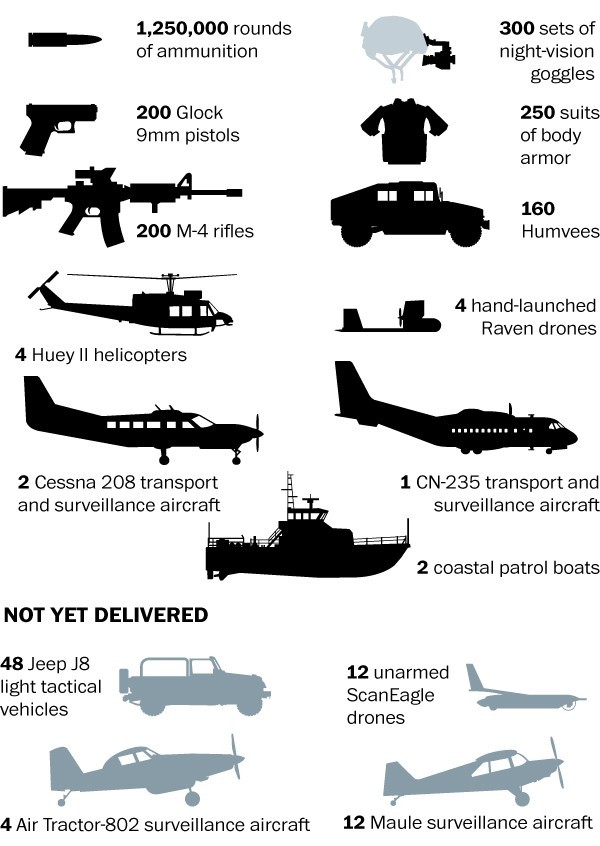 Another day for the US State Department under John Kerry, another day of endless embarrassment.

U.S. military officials declined to comment for the record. A defense official, speaking on the condition of anonymity under ground rules set by the Pentagon, said there was no hard evidence that U.S. arms or equipment had been looted or confiscated. But the official acknowledged that the Pentagon had lost track of the items.
“Even in the best-case scenario in an unstable country, we never have 100 percent accountability,” the defense official said.

U.S. government officials say al-Qaeda’s branch in Yemen poses a more direct threat to the U.S. homeland than any other terrorist group. To counter it, the Obama administration has relied on a combination of proxy forces and drone strikes launched from bases outside the country.

And now it is relying on an even more radical strategy: arming al-Qaeda directly.

But the absolute punchline is the way the US government justifies this most recent fiasco:

Although the loss of weapons and equipment already delivered to Yemen would be embarrassing, U.S. officials said it would be unlikely to alter the military balance of power there. Yemen is estimated to have the second-highest gun ownership rate in the world, ranking behind only the United States, and its bazaars are well stocked with heavy weaponry. Moreover, the U.S. government restricted its lethal aid to small firearms and ammunition, brushing aside Yemeni requests for fighter jets and tanks.

See, it’s no biggie that US taxpayers are half a bill out of pocket: the Yemen branch of Al-Qaeda was already armed to the teeth anyway, peace out.

Up next? US-trained Ukraine troops with ultra-modern equipment mysteriously defect, and end up in the Russian army?

The winner? The US Military Industrial Complex, because as General Sline said in Spies Like Us, “a weapon unused is a useless weapon.” And if there is anything the US military-industrial complex is good at, it is exporting war first courtesy of the CIA operating the in the shadows of incompetent figureheads like Hillary Clinton and John Kerry, followed promptly – like in this case – by arms to fight it (while HSBC, JPM and others provide the funding).