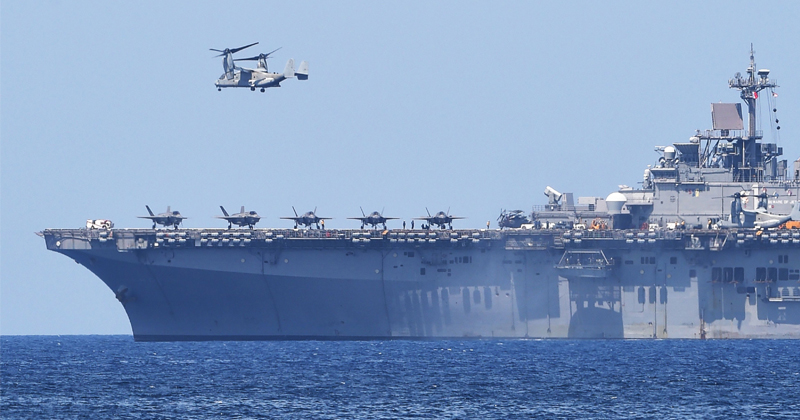 Iranian state media has announced that a US Navy warship has seized a transport ship near the Chinese port of Qingdao on Wednesday morning.

“Only one imported part is used for production of oxygen concentrators, which is zeolite, and we are forced to purchase it from France and import it to the country through several intermediators,” Peyman Bakhshandeh-Nejad, an Iran-based pharmaceutical company CEO told state media.

Amid the raging coronavirus crisis in the Islamic Republic, which for over half a year has been among the hardest-hit countries in the world (and recall that last month President Rouhani shocked in a speech by saying the truer estimate of numbers of Iranian infected stands at some 25 million, not the official 300,000+), Tehran has been desperate to import vital hospital equipment and medicines.

However, US-led sanctions related to Iran’s alleged nuclear aspirations has made this extremely difficult.

While Washington has denied it is targeting vital medicines and staples like food and hospital gear, Iran has said it’s precisely these things which are being blocked.

Specifically in the case of the seized ship off China, zeolite is said to be crucial in oxygen concentrator systems for coronavirus patients who can rely on the vital devices at home without having to visit a hospital.

While the ship seizure allegedly by the US Navy is on Wednesday driving headlines inside Iran, there’s yet to be any early acknowledgement either from the US side or from Chinese port authorities.

But this does fit a pattern seen over the past two years of US intervention during alleged Chinese sanctions-busting related to Iranian oil transport.