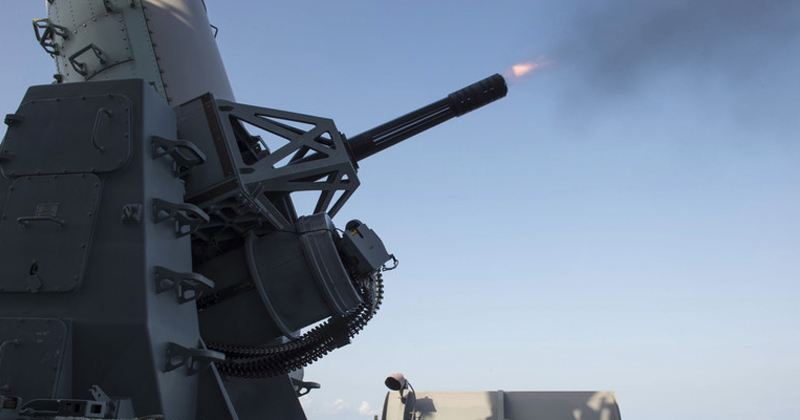 Shortly after entering the Persian Gulf, a US warship shot down an Iranian drone that had approached to within less than a kilometer, US President Donald Trump said at a White House press event.

Amphibious assault ship USS Boxer took “defensive action” against an Iranian drone that approached to within 1,000 yards (900 meters), and ignored multiple calls to stand down, Trump said on Thursday.

I want to apprise everyone of an incident in the Strait of Hormuz today, involving #USSBoxer, a U.S. Navy amphibious assault ship. The BOXER took defensive action against an Iranian drone…. pic.twitter.com/Zql6nAUGxF

The drone was “threatening the safety of the ship and the ship’s crew,” the president said, adding that the US “reserves the right to defend our personnel, facilities and interests.”

Iranian Foreign Minister Mohammad Jawad Zarif told reporters at the UN headquarters in New York he had “no information about losing a drone today,” and was waiting to hear from military authorities.

The Boxer sailed into the Persian Gulf earlier in the day, following the reports that the Iranian Revolutionary Guard Corps had seized the Panamanian-flagged oil tanker MT Riah and its 12-man crew.

The aircraft carrier USS Abraham Lincoln and the accompanying task force – which have been rehearsing a possible strike against Iran for the past two months – are still in the Arabian Sea, conducting search and rescue operations for a missing sailor.

Trump also called on other countries to “condemn Iran’s attempts to disrupt freedom of navigation and global commerce” in the Strait of Hormuz, a vital international shipping lane for transport of oil from the Persian Gulf.

Washington has called for an international “coalition” to patrol the strait.