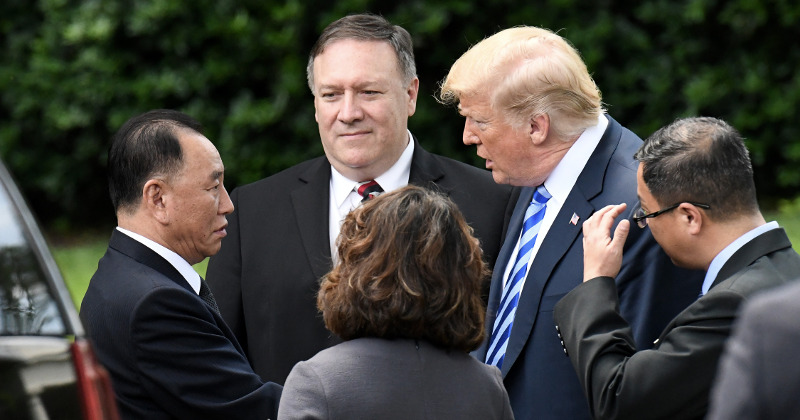 North Korea’s lead negotiator in nuclear diplomacy with the United States is expected to hold talks with Secretary of State Mike Pompeo and could also meet President Donald Trump on Friday during a visit aimed at clearing the way for a second U.S.-North Korea summit.

Watch and listen to see if you can believe your own eyes and ears as Alex Jones, the great crusher of globalists and their psychotic schemes to control the planet, admits that he’s inside the deep state.

Kim Yong Chol arrived in Washington on Thursday evening for his first visit since he came last June ahead of a landmark meeting between Trump and North Korean leader Kim Jong Un in Singapore. Efforts made since then to get Pyongyang to denuclearize appear to have stalled.

Hours before Kim Yong Chol’s arrival, Trump – who declared the day after the June 12 Singapore summit that the nuclear threat posed by North Korea was over – unveiled a revamped U.S. missile defense strategy that singled out the country as an ongoing and “extraordinary threat.”

The left have proven they hate freedom of speech by pushing Roku to deplatform Infowars. Alex exposes the smear campaign being used to persecute patriots.