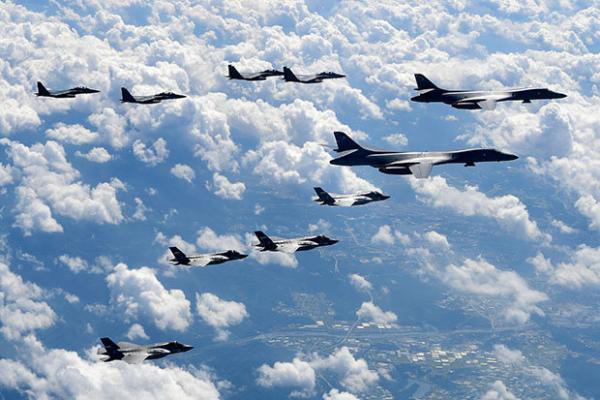 Just days after Pyongyang launched its most advanced ICBM, one which experts warned has the potential to hit a target anywhere on the territory of the United States, North Korea said the U.S. is “begging” for a nuclear war by planning the “largest-ever” joint aerial drill with South Korea just after concluding an exercise with nuclear-powered aircraft carriers, Bloomberg reported.

“Should the Korean peninsula and the world be embroiled in the crucible of nuclear war because of the reckless nuclear war mania of the U.S., the U.S. will have to accept full responsibility for it,” North Korea’s state-run KCNA said Saturday, citing a statement by the Ministry of Foreign Affairs.

The statement came after Yonhap News reported that six U.S. Raptor stealth fighters planes arrived in South Korea on Saturday for a joint air drill named “Vigilant Ace 18” scheduled for Dec. 4 to 8. The F-22s flew into South Korea together in a show of force. The stealth fighters, however, were just a small part of the upcoming show of force: according to local media, some 230 aircraft and up to 16,000 soldiers and airmen are taking part in the drill, which is one of the biggest ever of its kind.

As part of “Vigilant Ace”, US and South Korean forces will be rehearsing for a full-scale war with North Korea, with Yonhap noting that “allies plan to stage simulated attacks on mock North Korean nuclear and missile targets.”

Despite Pyongyang’s harsh rhetoric, US commanders have downplayed the drill – claiming it is “regular” and not a direct response to North Korea.

According to the WSJ, at least 230 US and Southg Korean warplanes will take part, alongside 12,000 US troops from the Air Force, Marines and Navy and airmen with another 4,000 expected to represent Seoul.” The drill, which lasts from December 4 until December 8, will see aircraft flying over eight airbases in across the Korean Peninsula.

The stars of the drill will be the state-of-the-art F-35 Lightning IIs and F-22 Raptors leading the US’s wing. Both fighter jets outmatch anything in North Korea’s arsenal and could win most of the war against Kim by themselves.

F-35s can fly at speeds of 1,200mph and are capable of carrying nuclear bombs and bunker busters.

Meanwhile, the F-22 can hit speeds of up to 1,500 mph and are armed with Vulcan miniguns and Sidewinder missiles.
Commenting on the historic exercise, the US military said that “Vigilant Ace 18 highlights the longstanding military partnership, commitment and enduring friendship between two nations. It is designed to ensure peace and security on the Korean Peninsula, and reaffirms the U.S. commitment to stability in the Northeast Asia region.” 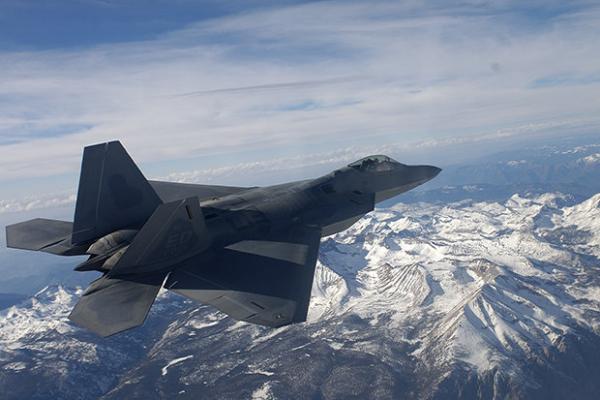 In reality, it will likely provoke North Korea into yet another ICBM launch. To be sure, while the Kim regime traditionally rages over the drills on its border, claiming they are rehearsals for invasion, although it may well be right: US forces have been flooding into the Pacific this year with warships, warplanes, missiles and the army all on standby.

Meanwhile, showing no signs of de-escalation, North Korea has tested dozens of missiles this year, and claimed its nukes can now hit the US. Kim is also feared to be readying the dreaded Juche Bird missile – a live nuke fired out into the heart of the Pacific.