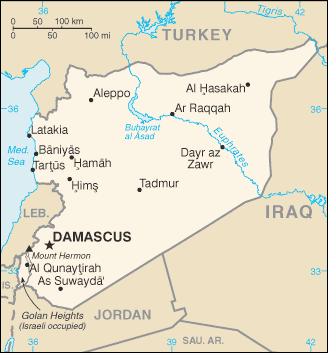 A group of rogue elements affiliated with former US President George W. Bush are plotting new chemical attacks in Syria, an analyst tells Press TV in an interview.

Kevin Barrett said sarin gas for potential attacks similar to the August 2013 deadly chemical raid on Syrians is being manufactured in Tbilisi, Georgia.

“I think we need to put this news out to the world … about the manufacture of sarin gas at Tbilisi and the fact that a rogue group of Americans is apparently behind this – people connected with the Bush administration,” the commentator said.

Barrett said US President Barack Obama’s redline warning on the use of chemical attacks a year ago “gave the insurgents tremendous motivation to conduct false flag gas attacks in order to blame” the government of Syrian President Bashar al-Assad.

He said the 2013 chemical attack in al-Ghouta was a “false-flag” operation by foreign-backed militants in that country to “bring in the US to bomb Syria.”

“So, I’m afraid that the war party in the US is up to its usual tricks,” said Barrett.

By the time of the attack, the US and some of its allies blamed Damascus for the chemical attack on al-Ghouta. However, the Syrian government strongly denied the accusation, saying the attack was carried out by the militants operating inside the country to draw in foreign intervention. Subsequent investigations by the UN and Russia backed Syria’s assertions.

Over 130,000 people have reportedly been killed and millions displaced due to the violence fueled by Western-backed militants in Syria.